Are We Headed for Dog-houses?

“Dogs are not our whole life, but they make our lives whole” - Roger Caras (1928- 2001), American wildlife photographer, writer and TV personality.

Doghouse stands for dog’s kennel; but ‘in the doghouse’ means in disgrace or disfavour. If we go by a recent Supreme Court (SC) judgment on stray dogs, the scenario is all set to change. But, first about the SC judgment as reported in the media.

The Supreme Court in early June 2022 vacated its interim stay order on operation of Delhi High Court verdict which had held that community dogs have the right to food and citizens have the right to feed them and had framed guidelines on feeding stay dogs.

Two-and-half months after passing the interim order, the apex court allowed the operation of Delhi High Court verdict by vacating its stay order. While disposing of the appeal against HC order, a bench of Justices U U Lalit, S Ravindra Bhat and Sudhanshu Dhulia said that petitioner can approach HC in case of any grievances. 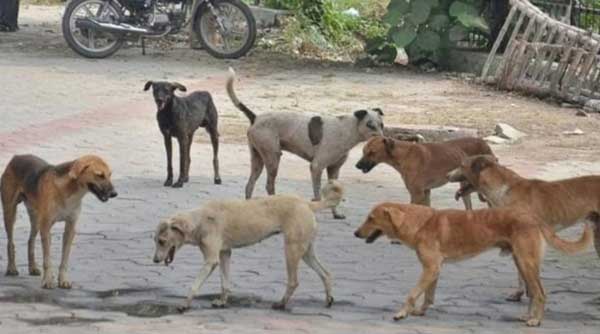 The SC had on March 4,202 passed the interim order and sought response from Animal Welfare Board of India and Delhi government on appeal against the HC order.

The HC had in July last said that animals have a right under law to be treated with compassion, respect, and dignity and the protection of such beings is the moral responsibility of each and every citizen, including the governmental and non-government organizations. It had said that community dogs have the right to food and citizens have the right to feed community dogs but in exercising this right, they should not impinge upon the rights of others. It had said adequate care and caution should be taken to ensure that it does not violate the rights of others or cause any harm, hindrance, harassment and nuisance to other individuals or members of the society.

Challenging the order, NGO 'Humane Foundation for People and Animals' submitted that high court's directions were contrary to an order passed by the Supreme Court in 2015 in which the court had said, “There can be no trace of doubt that there has to be compassion for dogs and they should not be killed in an indiscriminate manner, but indubitably the lives of the human beings are to be saved and one should not suffer due to dog bite because of administrative lapse.”

It submitted that the High Court order was based upon several "blatantly misleading, irrelevant and factually incorrect statements and misinformation with regard to dog behaviour" and pleaded to quash it. "The guidelines passed by the Delhi High Court for feeding stray dogs in public places and the streets should not have been passed as several high courts including the Allahabad High Court have followed the Supreme Court’s request and not passed any order on the same issues between residents and dog feeders and asked parties to approach the apex court,” the petition said.

The crux of the matter is to recognize and reconcile the rights of dog-lovers with the rights of, say apartment owners or gated communities who look for their residents, particularly children, protection from dog-bites and dog-poop. While dog-lovers equip themselves to scoop the poop of their pets, taken for a walk on leash, stray dog mess up places, especially near the feeding points and pose potential danger of dog-bites.

Can this end up with government building kennels for all dogs (like goshalas for cattle) where dog-lovers can feed them subject to government rules drawn up and supervised /enforced for the purpose?

More importantly and relevantly, will the above ever be extended to humans without shelter and food?

The subject is open to many views. What are yours? Your response is welcome in the format given below (Pl scroll down a bit). Over to you.

Title: Are We Headed for Dog-houses?