Is Educating Business or Mission?

“In the business world, everyone is paid in two coins: cash and experience. Take the experience first; the cash will come later.” - Harold S. Geneen (1910-1997), American businessman most known for serving as President of ITT Corporation.

“A small body of determined spirits fired by an unquenchable faith in their mission can alter the course of history.” – Mahatma Gandhi (1869-1948), considered Father of the Nation, as he successfully campaigned for India’s independence from the British.

In the fourth quarter of 18th century European priests and nuns came to India and founded educational institutions. Taking the case of Mangaluru, we have today St Aloysius College, St Agnes College, Fr Muller Hospital and Medical College – all past their centuries and growing in age and numbers of students they are hosting. The founders of these came with a vision of a mission. Today they have expanded to host thousands of students. Have they grown beyond their original mission and become businesses?

Beyond these institutions having their roots before a century, new educational institution are established on a grand scale with corporate type of operations with sophisticated names with suffix and prefix “International”/ “Oxford”/ “Cambrige” incorporated in their names . Are they missions or oversized businesses? This question is likely to be answered shortly by the Supreme Court of India in a tangential manner. But, first the facts as reported by PTI (21/10/20) and carried widely in the media. 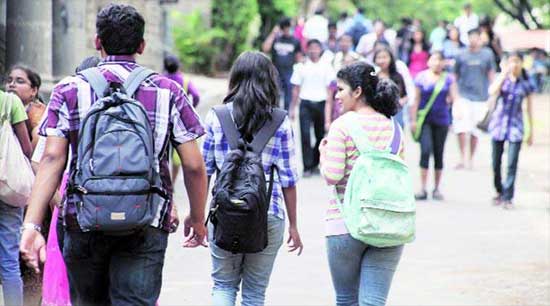 According to the New Delhi-datelined report, the Supreme Court has agreed to examine the question as to whether an educational institution or university can be sued under the consumer protection law for deficiency in services, saying there have been "divergent views" of the top court itself on the issue.

A bench of Justices D Y Chandrachud, Indu Malhotra and Indira Banerjee has admitted an appeal filed by Manu Solanki and other students of a medical course against Vinayaka Mission University at Salem in Tamil Nadu, alleging deficiency in services.

"Since there are divergent views of this Court bearing on the subject as to whether an educational institution or University would be subject to the provisions of the Consumer Protection Act 1986, the appeal would require admission. Admit," the top court said in its order of October 15, 2020.

It asked lawyer Soumyajit, appearing on behalf of Caveator University, to file the response within six weeks to the appeal filed against a decision of the National Consumer disputes Redressal Commission.

The university has relied upon the apex court judgments in the Maharshi Dayanand University and in the PT Koshy cases to say that these verdicts have held that the education is not a commodity and educational institutions are not providing any kind of service. Hence, in matter of admission and fees, there cannot be a kind of service and therefore, there cannot be a question of deficiency of service to be adjudicated upon in consumer forum or commissions.

The students, however, cited other judgments in which it has been held that educational institutions would come within the purview of the Consumer Protection Act, 1986. Solanki and eight other students of a medical course of the university had sought a compensation of Rs 1.4 crore each alleging deficiency in service and on account of "loss of social standing, academic years, career opportunities, mental and physical agony". They alleged the university induced them to take admission in the course on a false assurance that it had all the requisite approvals from the authorities.

However, after two years of study in Thailand, the students were informed that they should continue their course in Thailand and would be conferred a Foreign Medical Degree and should subsequently appear for screening test in India, the plea alleged.

The students said they suffered loss of career opportunities as the National Board of Examination said that their qualification was "not a primary medical qualification” since the Degree is not recognized by the Medical Council of India.

The University has agreed to file a reply on the plea within six weeks and we will wait for a while for the final judgment. For, it is likely to give an answer, directly or indirectly, if education providing is a mission or business. Stand by.

The subject is open to many views. What are yours? Your response is invited in the format given below (pl scroll down -2000 words maximum at a stretch). Welcome and good luck!

“I will remember the COVID-19 pandemic as the biggest government cock-up ever!” ? Steven Magee, British-born chartered electrical engineer and author of many books.

The word cock, often compounded and conjoined, is used in many contexts. For instance, Cocktail - an alcoholic mixed drink - and as in cock and bull story – meaning an implausible story as an explanation or excuse.

My fortnightly column in Daijiworld (bless Daiji for giving me a window) is generally on a serious note. From now on I wish to end it on a lighter note under the sub-head “Cock-tale”. That is also subject to reader-reaction and response.

In the recent by-election in Karnataka the Congress selected a lady to contest thinking that she might garner sympathy votes because her husband, a high government official, had died untimely and of un-natural cause.

I remember of a time when wives in the villages were prohibited from uttering the name of their husbands. This resulted in funny situations like when teachers went for revision of electoral rolls or for decennial census. Normally the husband being outdoors, the visiting census staff would start by asking the name of the male householder to the lady of the household. The women would clap-up. Sensing that the wives were not supposed to utter the name of their husbands, the visitors would point to framed picture of Hindu male deities and would ask which of them bear the husband’s name. Then the visitors would also recite the names from the male Hindu pantheon – until they had the name right.

Does this still happen?

Title: Is Educating Business or Mission?