Have We Counted Corona’s Collateral Blessings?

“Sweet are the uses of adversity.
Which, like the toad, ugly and venomous,
Wears yet a precious jewel in his head.”
– William Shakespeare (1564-1616), English dramatic poet in As You Like It.

There is a saying about kicking the fallen dog. That is what is happening about Corona pandemic with everyone making it a hate target for the thousands of deaths and sufferings caused by it across the world. Talking of Corona-virus deaths, history is full of instances where people had died due to mass-killing diseases lazily called plague. That takes us to an Indian instance of mass deaths by plague.

A sadhu was on his way walking to Banares. He halted at a wayside inn. The inn-keeper asked the sadhu where he was headed. The sadhu replied that he was going to Banares to kill 50 people by plague. 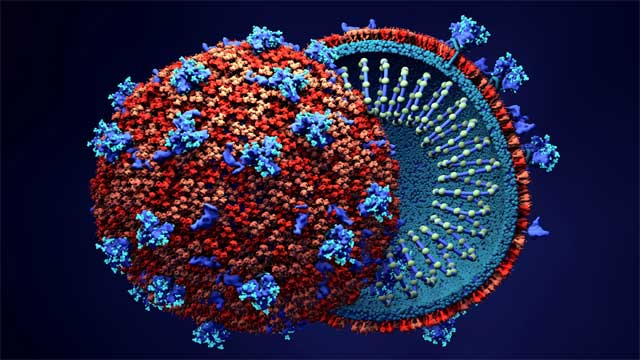 Fifteen days later the sadhu returned to the same inn and the inn-keeper asked if he succeeded in killing fifty people. He replied: “500 people died – fifty by plague and the rest by fear of plague.”

So, in the present Corona-virus pandemic, while people are dying in their thousands all over the world, it is also showering unrecognised, unacknowledged blessings which we should be happy to recognise. But, first the facts.

According to The Hindu (2/6/20), an article titled ‘Bail protocol, standardisation needed to ease under-trial burden in prisons’ argues for classification of offences as ‘serious’ and ‘non-serious’. Explaining the background the article says: “Constituting an estimated two-thirds of the country’s prison population, under-trial prisoners are a substantial burden on jails, many of which are known to be running at over 100% capacity. Concerns over hygiene and safety are now growing in the COVID-19 situation, which demands social distancing and cleanliness.”

The report cites a study, “Re-imagining bail decision making: An analysis of bail practice in Karnataka and recommendations for reform”, which was conducted by Centre for Law and Police Research. The study found that the nature and classification of offences, punishment prescribed, and availability of effective legal representation have a substantial impact on decisions to detain an accused.

Studies like these will have added weight because of the problem of quarantining people under Corona-virus pandemic. It has highlighted the lack of clean, exclusive and adequate toilet facilities where the people are being quarantined/detained. Some prisoners and under-trials have already enjoyed the blessings of Corona – having been prematurely released to make place for Corona-related interns.

In another field, Corona pandemic has jump-started online classes which otherwise would have taken years of educational committees and commissions to draft reports, discuss them endlessly and mothball them.

On yet another level, those who lost their jobs in the Gulf and in industries and offices in India and returned to their roots have reconciled themselves to do even manual work in rural areas. According to a report in The New Indian Express (11/6/20) datelined Gadag in Karnataka, “Over 300 graduates who have returned from various cities…are now dependent on MGNREGS to earn a living. Engineers, teachers, technicians… are now part of its workforce in the taluk”. Even Corona-driven-out high earning employees from Gulf countries are now seeking their future in agriculture in rural areas. All this is bound to boost the rural agricultural sector.

Corona has revolutionized the work culture in offices with the practice of working from home. The office architecture and layout is set to change to comply with the rules of social distancing. All this will have impact on travel for work and consequently on the transport system which will have lesser load.

Yet another sector is shopping. Email orders and home deliveries, including alcohol, will increasingly dominate the shopping scene.

These are few of the collateral blessings of Corona pandemic. Readers are sure to know more on the subject and are welcome to respond with their facts, views and speculations. Your response should be in the format provided at the end of this topic-essay. Welcome to Reason. Have your say. Over to you!