“I love those who can smile in trouble, who can gather strength from distress, and grow brave by reflection. 'Tis the business of little minds to shrink, but they whose heart is firm, and whose conscience approves their conduct, will pursue their principles unto death.” - Leonardo da Vinci (1452- 1519), an Italian polymath who is widely considered one of the greatest painters of all times. Monalisa is his most famous painting.

The Supreme Court on October 15, 2020, in a landmark judgment under the Domestic Violence Act that aims to ensure in-laws treat daughters-in-laws well, ruled that once a woman lodges a complaint under the 2005 law, she will have the right to residence in the shared house even if it was rented or owned by the in-laws and even if the husband had no ownership right over it. 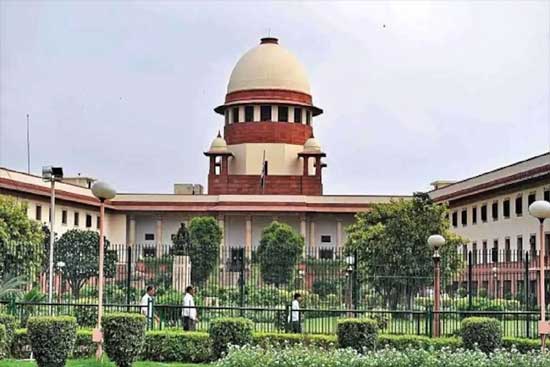 In an important widening of the term ‘shared household’ to protect hapless women at risk of being thrown out of marital homes, SC ruled that the aggrieved woman can claim right of residence in any house that she had lived in with her husband even if that house belonged to the parents-in-law, the husband’s relatives, or was even a tenanted premise where they lived together. To remove her from the house, the only option with the owner of the house is to file an eviction suit, SC said.

Setting aside an earlier ruling that a distressed woman could have right to residence only if the house where she resided after marriage was owned by the husband or if he had shared ownership right over it, a bench of Justices Ashok Bhushan, R S Reddy and M R Shah gave a wider meaning to ‘shared household’ concept to offer foolproof protection to women from being summarily thrown out of the house by the husband or the in-laws during pendency of her complaint under DV Act.

The SC bench explained the meaning of ‘living together’ and said there should be some permanency attached to it. “Mere fleeting or casual living at different places shall not make a shared household. The intention of the parties and the nature of living, including the nature of the household, have to be looked into to find out as to whether the parties intended to treat the premises as a shared household or not,” the SC bench said. But it held the DV Act as a milestone in ensuring rights of women, noting that they were often unable to register a complaint due to adverse social equations.

It is not the first time that the Supreme Court had come to the aid of damsels in marital distress.

In the midst of screaming media headlines about women, and girls, being raped and murdered, some consoling news for these classes came from the Supreme Court of India which, in its judgments, has come to the aid of Indian damsels in distress. But, first the recall of facts.

Directing family courts to dispose of divorce, custody cases expeditiously, the Supreme Court on July 16, 2014 said that it is the sacrosanct duty of the husband to provide financial support to the separated wife even if he is required to earn money with physical labour, while holding that maintenance must be enough for her to lead a dignified life. The court said the husband is obligated to see that the wife does not become a destitute, a beggar and directed family courts to dispose of cases of maintenance, divorce, custody of child, property disputes as expeditiously as possible to ameliorate the agony and financial suffering of a woman who has left her matrimonial home.

Dealing with Section 125 (maintenance) of the Code of Criminal Procedure, a bench of Justices Dipak Misra and V Gopala Gowda said: “It is the sacrosanct duty to render financial support even if the husband is required to earn money with physical labour, if he is able-bodied. There is no escape route unless there is an order from the court that the wife is not entitled to get maintenance from the husband on any legally permissible grounds.”

The court made the observations while asking family court judges to avoid granting adjournments in a routine manner as they deal with sensitive issues of maintenance, divorce and custody of child between the estranged couple. “It has come to the notice of the court that on certain occasions, the family courts have been granting adjournments in a routine manner as a consequence of which both the parties suffer or, on certain occasions, the wife becomes the worst victim. When such a situation occurs, the purpose of the law gets totally atrophied,” the bench said.

“A family court judge should remember that procrastination is the greatest assassin of the lis (legal issue) before it. It not only gives rise to more family problems but also gradually builds unthinkable and everlasting bitterness. It leads to the cold refrigeration of hidden feelings, if still left. The delineation of the lis by the family judge must reveal the awareness and balance,” the bench said.

The court rejected a plea made by a Rajasthan man, who challenged a high court order wherein he was directed to pay maintenance from the date his estranged wife filed a divorce application in a family court. The court noted that the wife did not get anything for nine years as the matter kept on getting adjourned by the court.

In a second case, on July 18, 2014, the Supreme Court said that a child is not a shuttlecock to be tossed between the father and mother. A Bench of Chief Justice R.M. Lodha and Justices Kurian Joseph and Rohinton Nariman made this observation while hearing the case of custody of a four-year-old girl child, who, according to an order passed by the Madras High Court, had been asked to stay with the mother for four days and with the father for three days (a weak).

Referring to the order passed by the High Court on a habeas corpus petition filed by the mother, the CJI said: “This order is something which shocks the conscience of this court. We are sorry that the High Court has treated the child as a chattel, which is impermissible and unacceptable. There is no justification for the High Court to pass such an order. This is not the way a girl child should have been treated. The court has played the child like a shuttlecock between the father and the mother.” Pointing out that the welfare of the child should be of paramount concern in such matters, the CJI said, “The child can’t be put to agony and pain like this. We are not satisfied with the arrangement.”

The title of this Topic-essay might give the impression that the court hierarchy has no role in enforcing the provisions of the laws conferring rights of women. But the lower courts, including High Courts, shirk their responsibilities for reasons too many to highlight here.

The subject is open to many views. What are yours? Your response is invited using the format given at the end of this article (Pl stroll down).

I am tempted to conclude with cases of Indian women, or their parents, turning greedy to net foreign husbands, especially those well-settled in USA. In many cases, such gold-digging or Dollar-chasing adventures turn into misadventures and the well-connected money-loaded parents of the bride pull all the wires to redeem the situation.

But, it is a subject for discussion by itself and, God-willing, I hope to return to the subject in this column.