Who Suffers Most By Boycott of Chinese Goods?

“If you know the enemy and know yourself you need not fear the results of a hundred battles.” - Sun Tzu (544-496 BC), Chinese General, military strategist, writer and philosopher.

China apparently knows about itself and about its enemies and has set an expansionist program not only in its relationship with India but also with other nations. Sun’s dictum apparently applies beyond war and covers trade as well. India, which has suffered because of China’s expansionist, aggressive stance, is thinking and talking about boycott of Chinese goods, technology and services. Before we go into the boycott proposal, a brief reference to the current level of mutual trade and technology aspects is relevant. 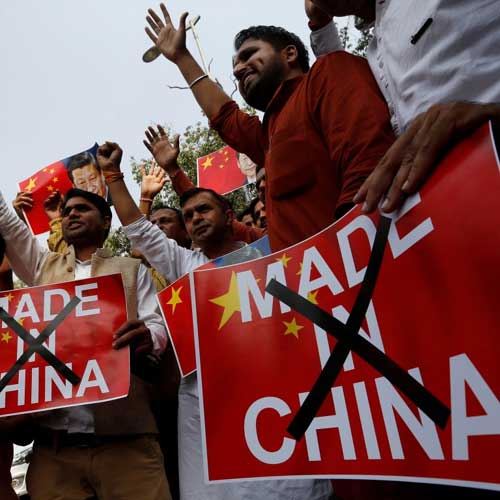 According to media reports, Dedicated Freight Corridor Corporation of India, a Ministry of Railways PSU, has terminated a contract for signalling and telecom equipment awarded to Beijing National Railway and Research Group – valued at Rs 471 crores. India is also barring China from tendering for projects involving telecom. The sentiment of “Boycott Chinese Goods” is running high.

China is the second largest trading partner of India, after USA, with bilateral trade between April to December 2019 totalling $ 64.96 billion. While India’s exports were just 3%, imports from China continued to rise from 13.7 per cent in 2018/19 to 14.1 per cent in 2019/20.The import range includes everything from toys and engineering goods, electronics and pharma intermediates. 70% of India’s imports of active pharma ingredients, from which various final formulations are made, come from China. This may hold good if and when India mass-manufactures vaccine for Corona-19.

Come August 3, riding high on anti-China sentiments, an array of Sangh Parivar members have begun efforts to make this year's Rakhi a "China-less”, Swadeshi affair. "This year's Rakhi will be much more Swadeshi than past years. This year, (after the India-China border tensions), you won''t find persons who will advocate buying a Chinese Rakhi. “We have got 13 lakh people to sign our online forms supporting Swadeshi", claimed Swadeshi Jagran Manch. It said that to match the growing demand for domestic products, many Indian manufacturers have stepped up their production. It added that this year's response will determine whether Indian Rakhi makers can bet on going full throttle next year. .

In the multi-pronged efforts, India's traders association has come forward to ensure that this year, markets are flooded with local Rakhis. Confederation of All India Traders has asked all its state units to prepare a list of all Rakhi makers, data pertaining to local demand and supply ratio to ensure that their surplus products can be sent to other states where there is a growing demand.

Prime Minister Narendra Modi has given a call to 1.3 billion Indians to be "vocal for local" - suggesting that they should not only use domestic products but also promote them.

Looking at the supply side, manufacturing these toys would be made by poor families in China whose low-wage income would dry up if their products are boycotted by importers like in the current case of India boycotting Rakhies, toys, fire-crackers, decorative lanterns (good-deepas) and even images of Lord Ganesh. In other words, the poor in India and China will suffer the most.

I conclude with a folk tale. Two fishermen were manning a boat venturing into the sea for fishing. They were angry with each other on some matter. While away from the shore the elder fisherman saw his younger companion boring a hole in the bottom of the boat. The alarmed elder said: “What are you doing?” The youngster replied: “I am boring a hole only under my seat”. The elder responded: “We are sailing in the same boat”.

When two elephants are fighting, the ants are crushed under their feet. That is the potential situation we are in - the poor both in India and China hit the most.

The subject is open to many views. What are yours? Pleas post your response, preferably within four days, in the format given at the end of this topic-essay. Over to you.

My Tryst with Toys

I would crave the indulgence of readers to relate briefly my tryst with toys and more specifically Chinese toys.

As a resident of Mumbai’s up-market area I used to take (circa 1979/80) my 9/10 years old daughter for walk along Colaba Causway with showrooms displaying, among others, expensive toys such as dolls. Perhaps sensing my financial weakness, she never asked for those tempting toys. 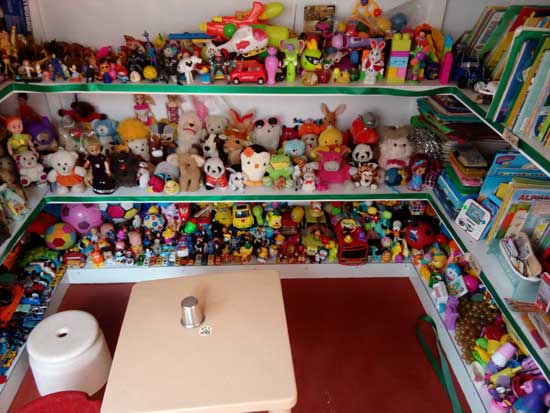 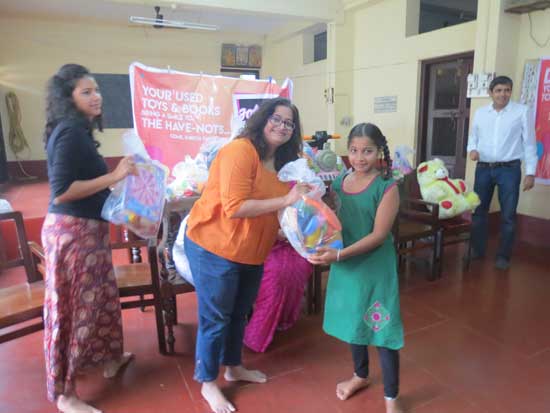 About three years ago I started Johnlyn Toy Exchange to collect toys from those who no longer needed them, and in presentable condition, to present them to toy-deprived children in orphanages, Bala/Balika ashrams, etc, with hampers of toys and playthings to keep for themselves. Their joy on receiving their personal hampers is deeply imprinted in me and motivates me to continue this mission.

I had specially designed heavy-duty cardboard drop-boxes, with posters pasted on them, and placed them in churches, temples and schools with rewarding returns. In one such temple, in the suburbs of Mangaluru, the manager accepted to host the drop-box. After a fortnight he telephoned me to say that the box was overflowing and I should collect the toys. When I went there he pointed out to a toy shop in the temple complex and directed me there. Indeed the drop-box was overflowing and I emptied the contents into a large gunny-sack. The shop owner promised that in a fortnight another lot of toys would be ready.

On reaching home, I emptied the sack. Its contents were a variety of Chinese toys. Apparently what I got were unsaleable “rejects”. Chinese toys come cheap considering they can make a profit despite such large “rejects”. Whether at the temple complex or toy-selling shops in small towns and big cities, the main customers for Chinese toys are poor people.

Title: Who Suffers Most By Boycott of Chinese Goods?