Alcohol in Corona Regime: Love the Sin - Hate the Sinner?

The phrase ‘hate the sin, love the sinner’ is not explicitly found in the Bible. But, the idea courses through this holy book in different verbal avatars. The origins of this phrase come from two authors, St Augustine and Mahatma Gandhi. The earliest use of this phrase comes from St Augustine of Hippo (354-430) who in a letter he wrote to a commune of nuns encourages them to act “with love for the persons and hatred of sins”. The modern use of the phrase comes from Mahatma Gandhi’s 1929 autobiography. He wrote: (the phrase) ‘hate the sin and not the sinner’ is a precept which, though easy enough to understand, is rarely practiced, and that is why the poison of hatred spreads in the world.”

What provokes this topic-essay is the way alcoholics, and even social drinkers, were treated by the state as sinners and damned and on the other hand they coveted the lost revenue from sale of alcohol under the lockdown regime. Finally, they opened the wine shops and bars not because lovers of drinks and even alcoholics were suffering withdrawal symptoms and even committing suicide but to garner revenues for State treasury. More than their agony, it was the lobbying by the liquor trade that came as an excuse to open wine shops and bars. There are other compulsions, not so apparent or publicly admitted, in the form of bribery and corruption, allegedly involving some Excise and Police personnel, with some netas and babus, each having their cuts in the bribery chain, that opened sealed locks of alcohol-related establishments. 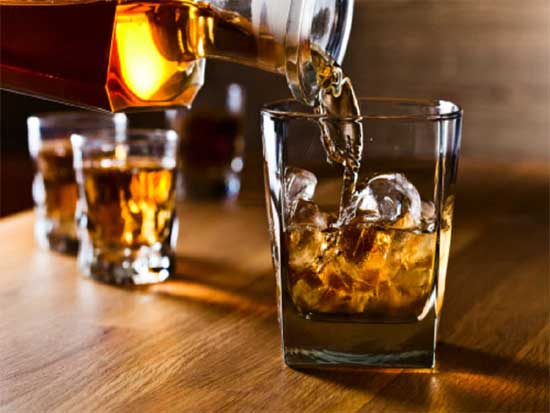 Periodically, the media was fed with figures of the loss suffered by the treasury by barring bars and wine shops from doing business. Here is a brief statistical picture as reported by Bala Chandran in The New Indian Express (8/7/20): In a major setback to the Karnataka State economy, the Excise revenue has registered over 33 per cent negative growth between April and June this year in comparison to the corresponding period last year. Official figures show revenue collected by the Excise Department in the first quarter of this financial year is Rs 3,846.76 crore as against Rs.`5,760.14 crore for the same period in 2019-’20, marking a fall of Rs 1,913.38 crore.

There is a 33.22 per cent negative growth between April and June. In April there was no revenue generation because of the complete lockdown. The government had incurred a loss of approximately Rs 2,300 crore due to the closure of liquor stores and bars between March 23 and May 4 during Lockdown-1. The sale of Indian Made Liquor (IML) has also nosedived by 33.88 per cent in Karnataka as compared to last year in the last three months. On May 7, the government increased the Additional Excise Duty (AED) on all the 18 slabs of IML — from 17 per cent to 21 and 25 per cent over and above the 6 per cent AED, which was increased with effect from April 1. The unprecedented increase in liquor prices was to help generate an additional revenue of Rs 2,500 crore in the current fiscal but it hit the sale and consumption of IML.

This belies the assumption that liquor prices are price non-elastic and the drinkers (dubbed alcoholics) can be taken for a royal ride blindfolded. They failed to see the reality of delivering the alcoholics into the waiting bosom of illicit liquor brewers and dispensers who, with no official prohibitive taxes, but only to bribe some corrupt law enforcers, sell their spurious potions much cheaper than the regulated liquor channels.

There is parallel story about the closure of Muzrai temples. The bulk of offerings in these temples go to the state and instead of the devotees lobbying for the opening of these temple, the state periodically released the figures of revenue lost and threw the temple doors open, apparently not to favour the devotees but to realize the revenue targets. But, this is a delicate and explosive subject and let us go no further on this.

Concluding on the main theme of this topic-essay, there is also an aspect of biting the hand that feeds. The government should love the sinner because their sins fill the covetous treasury of the government.

The subject is open to many views. What are yours? Over to You.

PS: This topic-essay remains in this slot for four days, subject to Daijiworld’s exigencies, and then it will go onto its archives where you can access it and respond.

I thank readers for generously responding to the last two topic-essays and invite them to stay on with the column and encourage others to join in. One has nothing to lose except inertia. More the merrier.