What’s in a Surname?

“What's in a name? that which we call a rose

By any other name would smell as sweet”.

Who is Kamala Harris? She is the elder of the two daughters of an Indian naturalized citizen of USA, Shamala Gopalan with her ancestry from what was then called Madras and Donald J Harris from Jamaica. Both went to USA in quest of Ph.Ds, fell in love and got married. (After getting his doctorate, Donald did post-graduate teaching in various universities, he retired as Professor of Economics at Stanford University in 1990). Shamala was a cancer researcher and died of cancer in 2009. They begot two girls – Kamala (lotus) Devi and Maya (illusion). As they grew up, one illusion was the divorce (on Shamal’s initiative) of their parents marked by a court battle where Donald fought hard (and lost) for the custody of the two girls. 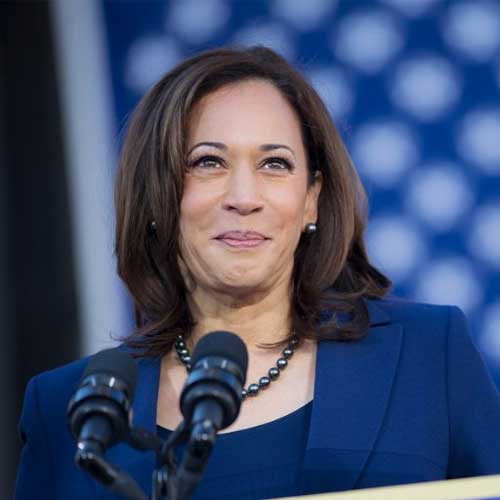 Despite the mother getting the custody, Kamala was stuck with her father’s surname Harris. Thereby hangs a larger issue – the theme of this topic-essay offered for response from readers.

It is taken for granted that on marriage the wife takes on the surname of the husband. Incidentally, Kamala married Douglas Emhoff in 2014 and this seems to have made no change in Kamal’s surname. Also, there is an old saying: Mother is a fact and father is a myth. But, there are many cases where the brides retain their family surname by sometimes taking on a compound surname. On marriage of my daughter, Primrose Monteiro, to Kevin D’Souza, she had considerable investment in her journalistic writings and she was attached to her byline. A neat solution was Monteiro-D’Sousa, easily accepted by Kevin and his family. Their son, Zach, is uncompounded “D’Souza. There were procedures like affidavits to make changes in documents like passports, ration card and voter-identity. Such procedures were avoided by my son Mohan’s spouse, Neisha, who continues with her maiden surname of ‘Lobo’. Their daughter is Maya Monteiro.

Changes in names and surnames are not uncommon if we go by notices published in newspapers about change of names/surnames.

After I progressed on drafting this article, my son forwarded to me a similar article written in a weekly column I have been writing for Edex, the supplement targeted for students and tucked in the Monday issue of the paper, The New Indian Express, which has 29 editions and my score is over 200 columns and counting. More surprising was another article in The Times of India (Circa 2009) titled “In the name of the Father” and starting with the Shakespearian line – what is in a name? – by Anuradha Varma which included many insights and facts on the subject.

Some names/surnames have professional brand value, particularly in creative fields like acting. Aishwarya Rai didn’t change her surname when she married Amithab Bacchan. So did Moon Moon Sen. Also Priya Dutt retained her father Sunil Dutt’s surname. Anuradha Varma speculates about some other names unchanged which could have been Shabana Akhtar or Hema Deol. Columnist and film producer, Pritish Nandy, has his say on the subject: “I would love my daughters to retain their surname after their marriage. It is not like buying a cow and branding it with an iron rod just to save your ownership. My daughters are independent people. They have education and histories of their own.”

In some communities compounding surnames is common. For instance, Goans are said to be notable for their long compounded surnames which is perhaps meant to trace their ancestry on both father’s and mother’s sides. The Gulf Sheiks and royalty have long compounded surnames (Sheikh Mohemmed bin Zayed al Nahyan of Abu Dhabi). One of the longest surnames that I have monitored concerns Spanish-born painter, sculptor and poet Pablo Picasso (1881-1973 ) who spent most of his adult life in France – perhaps incorporating his ancestry for generations or it might be his parent’s salute to all the saints for blessing them with a son. Get set to read: Pablo Diego Jose’ Francisco, Maria de los Remedios, Cipriano de la Santisima Trinidad Ruizi Picasso.

The subject is open to many views. What are yours? Please use the format given below to submit your response. Over to you.

Title: What’s in a Surname?