Should, and Can, Porngate be Shut Tight?

Many openly hate and secretly consume pornography and often make it to the media like in the following report from Germany put out by AP news agency on May 3, 2021and carried by Indian media on May 4. 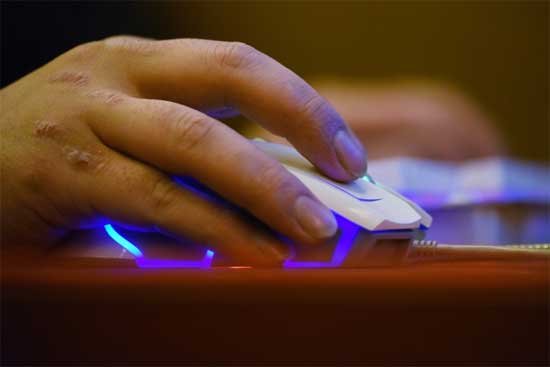 German police said Monday (3/5/21) they had shut down "one of the biggest darknet child pornography platforms in the world" and arrested four of its members in a series of raids in mid-April.

The platform, named as "Boystown", had existed since 2019, counted over 400,000 members and was "set up for the worldwide exchange of child pornography", German federal police said in a statement. The darknet forum allowed users to communicate with others and share graphic image and video content which included "serious sexual abuse of toddlers", the statement said.

Three men between the ages of 40 and 64 were arrested in seven raids in Germany, while a fourth suspect was detained in Paraguay on the request of German authorities. The suspect in Paraguay's Concepcion region, also a German citizen, is to be extradited back to Germany on the basis of an international arrest warrant issued by a court in Frankfurt. Three of the men are accused of having managed the platform as administrators, providing technical support and advice to members on how to avoid being discovered by the authorities, while another was "one of the platform's most active users", police said. Both "Boystown" and other chat platforms were taken offline following the raids.

Are Indians untouched by pornography? Far from it! It has even invaded the sacred precincts of legislature as instanced below.

The 2012 Karnataka video clip controversy, also referred to as Porngate, took place in the Karnataka Legislative Assembly where two ministers of the state cabinet resigned over claims of inappropriate conduct. It was alleged that they viewed a pornographic video on a mobile device while the legislature was in session. A little bit of background is in order.

In February 2012, Spring Zouk, an international festival described as a party, was attended by mostly foreign tourists near Malpe on St Mary’s Island. The event was coordinated to increase tourism. At this rave party, a video of tourists at the event having sex in public was shot and the viewing of this video became the subject of controversy.

At a session of the Karnataka Legislative Assembly, a film, apparently shot from the press gallery, showed two cabinet ministers allegedly watching pornographic clips on a mobile phone. The ministers said that the video was an investigation of the behavior of foreign tourists at the party on St. Mary's Island, who were having sex in public and consuming drugs and alcohol at the rave organised by the state tourism department and others.

On February 8, the ministers offered resignation letters and the party accepted their resignations. Present Karnataka chief minister and then BJP party leader B S Yeddyurappa reprimanded them for their behavior.

An Indian news source claimed that the international media attention of the event was on how the members of the party who were caught viewing the video were in a party which was especially condemning of this sort of behavior..The public sought information about this event using Facebook Twitter and YouTube. The hashtag "porngate" was a top trending word on February 8, 2012 on social media site Twitter.

The All-India Democratic Women’ Association said one minister involved who has been a vocal advocate of dress codes for women, has been thoroughly exposed and the BJP is answerable for justifying and defending hypocrites who indulge in moral policing, while themselves violating all norms of decent behaviour.

The subject is open to many views. What are yours? Your response is welcome in the format given below. (Please scroll down).

According to a Lucknow datelined news report (17/2/21) the Uttar Pradesh Police have hired a company to “keep an eye” on people’s internet search data to monitor those looking up pornographic content. The ‘UP Women Powerline 1090’ will be alerted if a person searches for pornographic material on the internet.

The project, which had previously been conducted in six districts, had received good response from the public. UP has about 11.6 million internet users as per estimates. As per the police sources, following the alerts, the police team will reach out to the person to prevent “crimes against women”.

Additional Director General of Police Neera Rawat said that in view of the increasing use of internet, the Powerline 1090 would also reach out to people to prevent crimes against women. Rawat added that the company was hired to keep an eye on what was being searched on the internet through data.

Is this an exotic project and a clever trap to blackmail the porn-searchers and also to fool the public and pocket State funds?

Title: Should, and Can, Porngate be Shut Tight?