That kills himself to avoid misery, fears it,

And, at the best, shows but a bastard valour.

This life’s a fort committed to my trust,

Which I must not yield up till it be forced:

Nor will I. He’s not valiant that dares die,

But he that who boldly bears calamity.

It is interesting to discuss the justification for a suicide by the terminally ill persons when the decision is made with full mental faculties and without external pressure. A number of preconditions are laid down for such a literally life and death condition. What happens if the suicidal person is not terminally ill but wants to commit suicide because he is not able to live as per his idea of lifestyle? Then, his next of kin has a responsibility to prevent the person from committing suicide. But, we have a strange case of a daughter abetting in the suicide of her father who was not terminally ill. But, first the fact and the justification the daughter gives for supporting her father’s suicide, as published in an article in The Guardian, London. 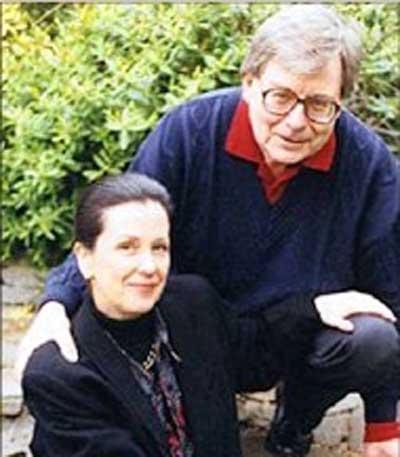 When BBC conductor Sir Edward Downes and his terminally ill wife Joan decided to end their lives, their daughter Boudicca was one of the first to be told. She tells why she supported them. On Good Friday, 2009 her father rang her up in Rome to inform her that her mother had cancer. He said of the prognosis: “A matter of months, possibly weeks.” Then he just said, “So we’ve decided, we’re both going to Switzerland”. Her 85-year-old father and his terminally ill wife, 74, would travel together from their London home to the Dignitas Clinic in Zurich where they would be helped to fulfill their final desire – to commit suicide together. It was there Boudicca, 39, and her brother, Caractacus, 41, gripped their parent’s hands as each swallowed a single dose of a lethal barbiturate. Within minutes Edward and his wife were dead.

Boudicca explained why she had supported her parents, why she had backed not just the mother, who had only a few, painful months left, but also her father, who may have lived for a decade or more. “In my father’s case the issue is not the fact that you are about to die of a terminal illness in a certain number of weeks or months. It is that your life becomes unbearable because of physical and mental suffering. My father was not terminally ill, but he was 85, he had many health problems. He was in terrible, terrible pain and had been for a long time.”

Boudicca described how hard it had been for her father to lose his sight and with it one of his greatest loves - reading. “He was completely obsessed with books.” But it was not just his eyesight. In a room at Edward’s home, lined with orchestral scores and tapes, stood Edward’s piano – a painful reminder to Boudicca of watching as her father’s hearing began to slip away. Though he wore a hearing aid, it distorted the sound around him. “For someone with my father’s ear (for music), that was hard to bear…Having lived such incredible life, he couldn’t read nor could he hear…He didn’t have terminal illness, but without my mother his life would have been unbearable – he would have been utterly miserable. Ten years of misery –was that really worth fighting for after such a full life?”

The subject is also relevant in the current scenario when whole families, including promising young children with a whole life ahead of them, apparently forced or unsuspected poisoning, commit mass suicide. But, that is another topic by itself and for another time. But, readers are also welcome to stray into this aspect on the basis of their knowledge, observation and reasoning on the subject.

The subject is open to many views. What are yours? You are welcome to respond in the format given below (Please scroll down).

The Crab that Grabbed

A young lad of about ten years, whom I shall name Raju, living close to my ancestral farm, was crazy about fishing. One of the scenes of his action was a large talao (pond) on his father’s farm. 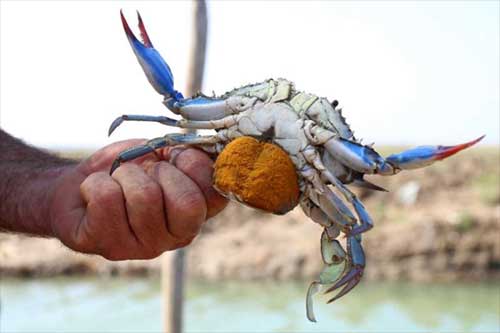 Apart from fishing with traditional rod, hook and sinker during the day, he had buried a large earthen vessel at the water’s edge. When Raju’s household bought fish, especially prawns, from the market, Raju collected the unwanted residue and dumped in the uncovered earthen pot. Its smell, or stink, attracted the crabs and tortoises from the talao and after peeping into the vessel greedily jumped into it - never able to jump/crawl out. So, it went on and over time and Raju at sunrise collected a crab or two or a tortoise and took home to the delight of his mother.

One day three crabs got stuck in the vessel. Raju picked up two in his two hands. He reasoned that if the third crab is left behind, someone else would grab it.

Thinking fast, Raju put one crab in his komana (Tulu), casti (Konkani) and Langot (Hindi), a loose cloth to cover a male’s manhood. As he was going to catch the third crab, the one in the komana bit his delicate private parts in a vice-like grip.

Reeling in pain, Raju pleaded with a passing farm worker, Seshu, walking on the talao bund. She got very annoyed with what she thought was foolery and threatened to report to Raju’s strict father.

At this point Raju got an idea in a flash. He got into the pond’s water and untied his komana. The crab happily released its vice-like grip on the private part of Raju and a relieved youngster went home with only two crabs.

Is there a lesson in this? For me, don’t be greedy and don’t tease women – even rustics.

You can have your own say even on this rustic incidence. Come on!