Do, or Should, Ghosts Swallow State Funds?

This is the title of a 2017 film in the Pirates of the Caribbean series in which the hero, Capt. Jack Sparrow (Johnny Depp) is pursued by old rival Capt. Salazar and a crew of deadly ghosts.

In India, more than telling tales, dead men swallow state funds and other goodies. But, first the facts as reported in Deccan Herald by Chiranjeevi Kulkarni (31/5/21) and excerpted here.

About 5 lakh beneficiaries of pension schemes who were dead, but continued to draw pension, have been removed from the list of beneficiaries over the last one year. The Directorate of Social Security and Pensions disburses pension to about 66.4 lakh persons under 13 different schemes, including Sandhya Suraksha, pension for old-age persons, to destitute, widows of farmers who killed themselves and the physically challenged.

Principal Secretary of Revenue Department, Manjunatha Prasad, said that they felt the need for a thorough check after the department couldn’t get acknowledgement of receipt of pensions from many beneficiaries. The department has initiated the process of shifting payment of 30 lakh pensioners from postal money order to Aadhar-linked bank accounts. During his previous stint in the department, Prasad had initiated the process of weeding out deceased beneficiaries. “Once we started linking the beneficiaries with the Aadhar-seeded bank accounts, things started falling into place. Now, the village accountant visits each house, takes photo of the pensioner and uploads it on our platform,” he said. 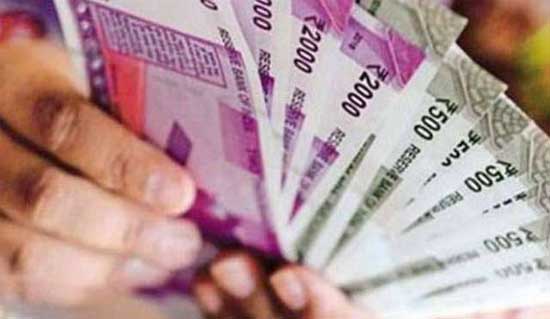 Officials said that the yearly renewal of the pension scheme has been made easy for pensioners as they get the process done at their doorstep. At the same time, the process helps in ground-level verification that the pensioner is alive.

“Beneficiaries get anywhere from Rs 600 to Rs 4,000 per month depending on the scheme, their age and condition.

The government had a hard time tracking the pensioners until the direct benefit transfer scheme came into effect, officials said. According to G Prabhu, Director of Social Security and Pensions, the directorate was able to weed out 5 lakh deceased persons from the list of beneficiaries. “It has saved about Rs 600 crore to the department” (annually). He said the department is focused on sanctioning the benefit to a person without them asking for it.

“Under the Direct Benefit Transfer (DBT), one doesn’t have to submit an age certificate to claim a higher amount of pension. For example, a beneficiary gets Rs 600 between 60 and 65 years of age. The same goes up to Rs 1,000 after he completes 65 years. Now, the software automatically recognises the individual’s eligibility and increases the amount,” said Prabhu.

The directorate has an annual budget of Rs 8,200 crore, aimed at helping the poor and the aged persons. The Finance Department has been working closely with the revenue department to shift the entire pension system to DBT.

Old men in olden days were reluctant to kick the bucket and slept on trove of solid cash, silver and gold which were hidden in their bed-cum-storage where they slept with all the services, including toilet and sponge bath, were organized by the family. But, they lingered on because thick skin and old age go together – literally.

Fed up, the tired family called in the priest to give “last sacrament” to pave the way to heaven. But, the old man was reluctant to say good-bye to his accumulated hidden treasure. Then, there was a custom of feeding the reluctant man with spoonful of country liquor if he had been an alcoholic and/or gold/silver coins brushed over a rough stone contraption, used in homes to make kitchen pastes, and feed to the reluctant life-clutching man. The man read the writing on the faces of family members waiting unto the last and gave up his ghost with smelly alcohol or shiny gold/silver paste on his lips to the crescendo of fake mourning cries providing the background for his worldly exit.

Title: Do, or Should, Ghosts Swallow State Funds?