Will Unmanned Stores Work in India?

“You may be deceived if you trust too much, but you will live in torment if you don't trust enough.” – Frank Crane (1861–1928) a Presbyterian minister, speaker, and columnist who wrote a set of ten volumes of "Four Minute Essays" which were published in 1919.

According to a recent (23/5/21) media report from Sweden filed by the international news agency AFP – Agence France-Presse - one after another, grocery stores are shutting down in rural Sweden, leaving villagers to travel miles to buy food and provisions. But a new type of shop has sprung up in their wake: unmanned supermarkets in mobile containers.

In Veckholm, a village of a few hundred people 80 km from Stockholm, the last grocery store closed more than a decade ago. Then, a year-and-a-half ago, even the little convenience store at the only petrol station locked its doors. Villagers were left with no choice but to travel for half-hour by car to the closest supermarket. 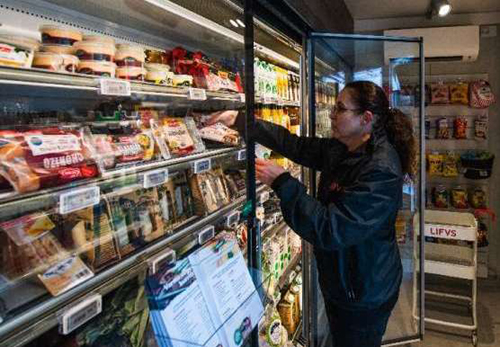 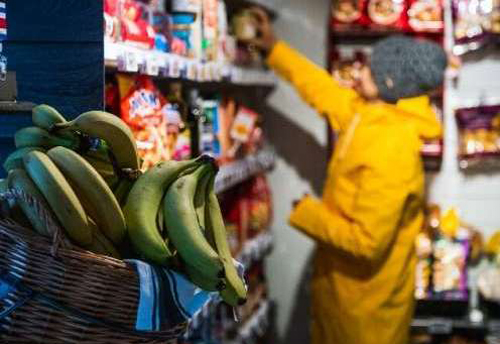 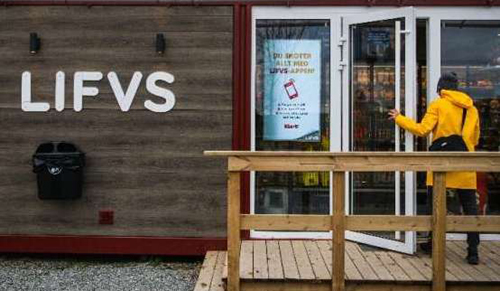 But, in July 2020, an automated, unmanned grocery store came to town. In a container dropped in the middle of a field, open 24 hours a day, the 20-square-metre supermarket sells hundreds of items—and there is no cashier in sight.

"Since a while back, there has been nothing in this area and I think most of us living here have really missed that," said Giulia Ray, a beekeeper in Veckholm. "It's so convenient to have this in the area," she told AFP, doing her own shopping and restocking the shop's shelves with her honey at the same time.

Shoppers unlock the supermarket's door with an app on their smartphone. And it's all done under the watchful eyes of security cameras.

In Sweden, the number of grocery stores—everything from superstores to small convenience stores—has dropped from 7,169 in 1996 to 5,180 in 2020 - according to official statistics. While the number of superstores has almost tripled in 24 years, many rural shops have closed down, often due, like elsewhere in Europe, to a lack of profitability.

Daniel Lundh has opened almost 30 unmanned stores in rural Sweden and in urban areas with no shops in the past two years.

The relentless march of Corona-19 is aided by our unthinking, selfish fellow-citizens who aid and abet the destructive advance of the pandemic. Since they seem to be mindless imbeciles, let me start with a story narrated to me by an illiterate farm-hand working on my ancestral property when I was an impressionable 10- years old.

There was a large pastoral island cut off from the mainland except that it was linked to the mainland and a nearby city by a causeway. The islanders lived by fishing in a large lake and by milking their cows and selling the milk and fish in the city using the causeway. The cattle, after grazing on the vegetation-filled island were taken to the lake to slake their thirst and also to have their cleansing bath. The islanders also drew their domestic cleaning water from the same lake.

Then, one year, few days prior the annual milk-pouring day, an itinerant salesman from the mainland visited the islanders with bottles of white liquid which, he said, was a cleansing and disinfecting agent and warded off pesky mosquitoes, cockroaches and mice. He explained that one table-spoon of the liquid can be used to make a full bottle of the liquid which would still be good as insect exterminator. The islanders bought a stock of the white liquid at highly discounted prices.

The annual milk-pouring ritual day was approaching. One of the islanders, Mr. X, reasoned: “Why pour expensive milk and instead why not pour the diluted bottled liquid? Nobody will notice as it was as white as milk”. So he thought, and acted on it. Everybody else on the island thought likewise and acted likewise.

So, the islanders lost their livelihood – milk and fish – and they all migrated from the island looking for new residence and fresh means of livelihood.

A similar charade is going on in India ever since Corona-19 pandemic hit it since March 2020. Readers can monitor the dismal public behaviour of citizens on the basis of wide media coverage.

Coming back to the cash-safes in the Swedish non-attendant village stores, watched over by CCTVs, we are familiar with media coverage of burglars disabling CCTVs, polishing the cash even from ATMs, often despite having attached, “non”- dedicated guards (sometimes even armed).

So, can we have stand-alone stores without employees minding them? (There is a critical employment angle to this which we will skip here).

The subject is open to many views. What are yours? Your views are welcome in the format given below (Pl. scroll down).

In my column a fortnight ago, I noted how vultures help to locate cattle killed by tigers and offered to write a follow-on.

It takes me to a childhood tragi-comic incident. A tenant—Sylvester, Silam for us, meaning Sila uncle-- at my ancestral home, helped out with our household work like a faithful Man Friday. He used to keep cows in his tenant’s quarters, where his family lived, to supplement his income. One day one of his cows was killed by a tiger. He located its carcass, with the help of vultures swooping down on it. He laced the carcass generously with an undiluted deadly insecticide.

Then, while returning from church service on the following Sunday, Silam, I and my siblings saw vultures on a small hillock. We, led by Silam, cautiously approached the spot to find an apparently dead tiger with a bloated stomach. Silam went into a frenzy, and extolling the virtues of his dead cow, started kicking the apparently dead tiger on its stomach with all the fury he could muster. Suddenly, there was a sustained loud growling sound as the accumulated gases in the stomach of the dead tiger got released at its both ends. Silam got frightened and, declaring that the tiger was not dead, ran for his dear life, followed by us, till he reached the safety of his home – a kilometre away.