Have Gods and Deities Language Preference?

To appreciate the main topic of today it is apt to start with the biblical account of the Tower of Babel which is a structure built in ancient Babylonia. According to Genesis (11:1 -9), the Babylonians wanted to make a name for themselves by building a mighty city and a tower “with its top in the heavens.” God disrupted the work by so confusing the language of the workers that they could no longer understand one another. The city was never completed, and the people were dispersed over the face of the earth. 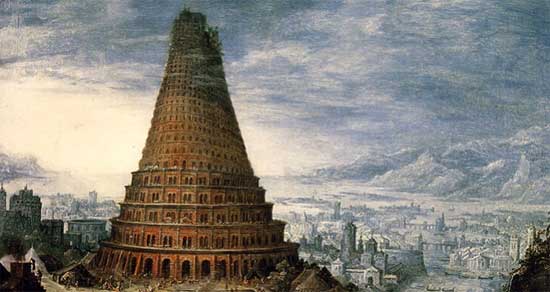 The Madras High Court on September 3, 2021 rejected a public interest petition which sought a direction to the Tamil Nadu government to withdraw the ‘Annai Tamil Archanai’ scheme, which lets devotees to opt for the chanting of hymns by priests in Tamil, instead of Sanskrit, while performing pujas inside the sanctum sanctorum of temples.

Chief Justice Sanjib Banerjee and Justice P.D. Audikesavalu refused to entertain the case since the issue was not an unsettled question of law any more. They said another Division Bench had, in March 2008, dismissed a batch of cases filed in 1998 and held that the Agama Sastras do not prohibit chanting of mantras in Tamil.

Holding that the choice of wanting the mantras to be recited either in Sanskrit or Tamil vests with the devotees, that Bench had criticised litigants for making it seem as if God could understand only Sanskrit and not Tamil. Authoring the verdict, Justice Chandru had said that if the litigants were allowed to have their own way, then the fears expressed by former President Sarvepalli Radhakrishnan might become true. In his book, ‘The Hindu view of Life,’ Dr. Radhakrishnan had said: “To many Hinduism seems to be a name without any content. Is it a museum of beliefs, a medley of rites, or a mere gap, a geographical expression?”

Though the present litigant, Rangarajan Narasimhan of Srirangam, had relied upon yet another judgement by a different Division Bench which had rejected a writ petition filed in 2008 for reciting mantras in Tamil, the Bench led by Chief Justice Banerjee differentiated between the two verdicts. It pointed out that the 2008 writ petition was dismissed since the litigant then had insisted that mantras should be chanted only in Tamil and not in any other language. Therefore, the court had held that it could not compel the use of a particular language to the exclusion of others in religious institutions. On the other hand, the 1998 writ petitions were dismissed after holding that the choice of chanting mantras either in Tamil or Sanskrit would rest with the devotees, the Chief Justice said.

In his affidavit, Mr. Narasimhan had stated that the HR&CE Department’s attempt to introduce a new language by translating verses and hymns from Sanskrit to Tamil was nothing but blasphemy and an act to introduce confusion and create unrest in otherwise peaceful religious practices. To introduce a new means of worship that is alien to timeless and ageless customs and the usage of the temple is nothing but an act of blasphemy, he claimed. He also contended that a secular State should not interfere in religious matters.

“It defeats any logic for the State to think that only Hindus are more devotional to utilise Tamil language and not the Sikhs, Muslims, Christians and so on. One can very much understand that any such attempt by the State in any other religion will result not just in confusion but a total unrest to the law and order situation,” his affidavit read. He claimed that the State’s attempt to introduce Tamil alone, in recitation of hymns displays its language chauvinism. “While respect is there to those who hold their mother tongue near and dear, the same cannot be allowed to interfere in the religious faith of devotees,” he said.

Many historic temples in the State were built and consecrated during the reigns of many kings and chieftains of the Vijayanagara Empire and Nayaks who were either Telugu or Kannada-speaking people. Subsequently, the Sarabhoji kings of Maratha took over and maintained them. “None of those rulers imposed their language in the religious affairs of the temples that they built but respected the age-old traditions, the Vedas, the Agamas and the Sampradaya texts”, the litigant said.

He also contended that the translations are faulty. The Vedic mantras in Sanskrit are in a specific metre, producing certain vibrations or effects on the humans and they result in a certain benefit. These benefits were lost in translation and such a change could be detrimental not only to the devotees but to one and all, he contended.

Just like the people have faith that a vaccine could prevent a disease, people believe that reciting mantras in a particular language and a particular tone alone would result in well-being. “No one can tinker with such a faith,” he concluded.

The subject is open to many views. What are yours? Your response is invited in the format given below. (Pl. scroll down a bit).

I had once attended the annual buffalo race at Bolanthur, near Panemangalore. Then Bolanthur was off my radar until one day Monsignor Alexander D’Souza (now late), then Chairman, Karnataka Konkani Academy, on being told that I had studied in Bantwal, related a little incident. 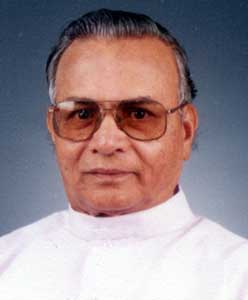 A Goan settled in the USA and a Konkani writer, as also a Ph.D. in Art, Jose Pereira, visited him and requested him to take him to Victoria Press in Bantwal because he was an admirer of its writer-owner, Bolanthur Krishna Prabhu. This was in the early 1960s when Krishna Prabhu was bed-ridden. On seeing the visitors he perked up and got into an animated conversation and recitation of his poems, with Jose responding and keeping up an hour-long literary interaction. Jose had found Prabhu’s books in Oriental Library in London.

Victoria Press displays on the front façade its date of founding – 1914. Before I go further, I will let you in on Victoria’s secret (not the f-Channel variety) as it is not yet in the public domain. Prabhu was a noted writer in Kannada and Konkani. One of his ambitions even in his teens was to start a printing press of his own. Press and publications were viewed with suspicion by the British regime in the context of the freedom struggle. Prabhu went for permission of British district officials to start the press with the title of Vijaya Press. But, his native well-wishers advised him to change the name to Victoria Press. Prabhu also explained to the white officials that he was starting the press to have his three sons gainfully employed or else they would be drawn into the freedom movement. Flattered by “Victoria” and convinced by the “freedom” story, permission was granted and the rest is history.

That history starts with the birth of Krishna Prabhu on November 13, 1882 at Bolanthur where his father, Govinda, and mother, Pommie, were farmers. But, even before he was two years old, his maternal uncle, Soukar Srinivasa Prabhu of Bantwal, who had no male issue, brought him to Bantwal where he studied up to 7th standard in the Basel Mission School. Beyond his formal education, Prabhu took the self-study route. Since some members of the family, settled in Poona, visited Bantwal often, Prabhu acquired proficiency in Marathi and he had a good collection of Marathi literature. He also had linguistic felicity in Bengali, Malayalam and Tamil. He wrote both in Konkani and Kannada on patriotic, religious and moral themes.

Prabhu enriched Konkani literature with stories, poems and dramas. He brought to bear his deep knowledge of Marathi and Bengali literature in his writings. When he was 24 years old, he had written his famed Konkani play, Chandrahasa, which brought Jose Pereira to Prabhu’s deathbed in Bantwal.