Do You Know Trade-linked Surnames?

“What's in a name? That which we call a rose by any other name would smell as sweet.” - William Shakespeare (1564-1616), English dramatic poet in Romeo and Juliet.

Extend Shakespeare’s observation to names and surnames and we have an interesting journey with whole families and their tribes sporting links with inherited trades and professions. So, this fortnight, on the alibi of my forthcoming birthday (83/84) I offer you a light luggage. Light luggage is not my original invention. My early employment in Bombay involved heading a small publishing set-up and I came into contact with weighty authors. One of them was VV John, a white-haired amiable English professor who later became Vice-Chancellor of Jaipur University. He used to write light articles which in The Times of India were called “middles”. Later, he published a collection of such articles under the title “The Light Luggage”.

I have a habit (or hobby?) of carefully reading the obituary pages of daily newspapers to see if my name is there. For, mischievous people can plant an obituary announcement as it happened in the Bombay edition of The Times of India during Indira Gandhi-imposed Emergency in mid-1970s where it was announced under the death column: “Murdered D M Cracy”. It was deciphered that it stood for DeMoCracy. It was speculated then that Piloo Mody, an architect by profession but a politician by passion, later an MP, was the author of the mischief. There was no way of pinning him down. Incidentally Indira might have had a soft corner for Parsees for her husband (later separated), Phiroze Gandhi, was a Parsee and an active parliamentarian in his own right. He exposed in Parliament his own party government in the infamous LIC- Mundhra financial scandal leading to the resignation of Finance Minister TT Krishnamachari. 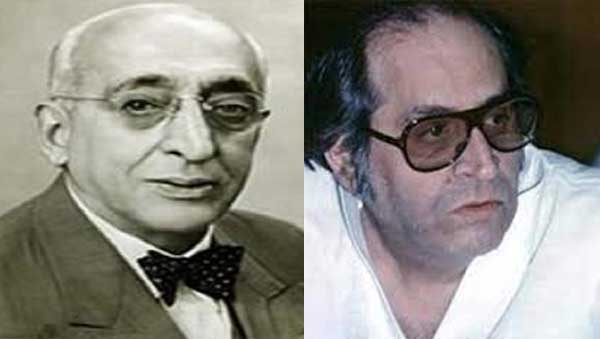 Then Times of India became wise and the prospective obituary advertiser had to take a death certificate and also had to establish his own bona fides. As a budding journalist I came into contact with Piloo Mody and he commissioned me to ghost-write a column for his father, Homi Mody, the venerable, over-aged Director of Tatas with an office and bed all for himself in Bombay House, off Flora Fountain in downtown, where Tata Group companies have their registered/corporate offices. Piloo had political ambitions and bought a weekly titled March of the Nation and persuaded his father to contribute a column by assuring him that “John” will write the draft column and he could polish it if he had the time and inclination. I was to draft the column and take it to the old corporate patriarch at Bombay House - the street fronting it has since been named after Homi Mody. Homi would go through the draft columns and cross the “t”s and dot the “I”s. This went on till March of the Nation became “Death of the Nation” and discontinued without anybody shedding a tear.

I remember Piloo Mody for yet another reason. I used to visit his architectural consultancy, Mody & Colgan (the latter being his American wife and consultancy partner) and on one such visit, I took his leave saying: “I will push up”. He gently said: “You mean ‘push off’?” A lesson in English learnt and remembered to this day.

Talking of obituary columns/pages some of which are money-spinners for newspaper owners, I am a keen reader of this section to see if my name is there (there could be mischievous Piloo Modys even today as the scrutiny of obituary entries is now relaxed (money speaks! – and time is money). Also, to weigh the general age of kicking the bucket. It is very scary and also reassuring depending on if one is optimistic or pessimistic, or alarmist.

Today (1/7/21) I came across an obituary display ad of a lady born in 1939, close to my birth year (1938). What struck me was the name of the departed (Mrs J P Silver), Retired Nursing Superintendent, Govt. of Karnataka.) “Silver” provoked my journalistic curiosity. Having lived in Bombay for forty years, I am familiar with Parsee surnames which often take after their ancestral trade or profession. I had a Parsee colleague in L&T whose surname was Doctor. Apparently there was no doctor in the family. When I visited his home in Princess Street, on the ground floor there was a bone-setter. Could my Doctor family have derived its surname from the bone-setter which was a fading profession with ascendency of orthopaedic doctors? I had another friend, high up in the advertising profession, named Piloo Narielwala. His ancestors had coconut plantations in present-day Kerala. Tatas had a director who had the same surname. My neighbouring building in Colaba has a family with surname “Driver”. Parsee owned cars and could not have been car drivers for others. It is possible that they were train drivers since trains started in Bombay in mid-1800s.The Parsees are very proud of any trade or profession their families followed and showed it up through their family surnames. Thus, we have Sodawaterbottleopenerwala. Lately heard, there are four fancy restaurants in India named after this surname. The name might have originated from families that supplied, opened and served soda-water from German-made heavy soda bottles at Parsee functions held on grounds and halls attached to fire temples (Agiary) which dotted old Bombay. It is not known how the Tatas are associated with any trade or profession. Or, they had too many trades to be fitted into one surname. Incidentally, Piloo Mody’s brother, Rusi, lorded over as MD of Tisco steel plant at Jamshedpur for decades. Also incidentally, Tatas had a Palkivala who wrote “India – Highest Taxed Nation”. Did his ancestors carried palkies or, more likely, hired out palkies for functions like marriages.

The subject is open to many views. What are yours? Please send your response in the format given below. (Pl scroll down).

I hand-wrote this article on July 1 and left it overnight half-way typed. Next morning I read in The Times of India third edit (old “middle”) a piece titled “Calling names” by Jug Suraiya, an old Times senior editorial veteran, with the sub-title “How you’re known could reveal where your folks came from or what they did for a living.” Here is the opening sentence. “ In the English-speaking world the family names of people often are a giveaway as to what their forebears did, as in Baker, Smith (blacksmith), Fletcher (a maker of arrows), Taylor (tailor), and so on.”. They say: “…..minds think alike.” Pl supply the dotted word.

Title: Do You Know Trade-linked Surnames?