Should Kannada Ride on Backs of Masjids & Churches?

“And Jesus entered the temple of God and drove out all who sold and bought in the temple, and he overturned the tables of the money-changers and the seats of those who sold pigeons. He said to them, “It is written, ‘My house shall be called a house of prayer’; but you make it a den of robbers.” - Mathew 21–12-13.

A similar charade is on the anvil in Karnataka. But, first the facts as reported by Ashwini M. Sripad under the title “Soon, Kannada classes at masjids, churches to promote language”, published in The New Indian Express (13/7/21) and excerpted here.

BENGALURU: Don’t be surprised if you get to hear more of Kannada in places like mosques, madrasas and churches in the coming days. To promote Kannada, the Kannada Development Authority is planning to start classes at such places as part of the ‘Kannada Kayaka Varsha’ being observed by the State Government this year to promote the use of the language in government and public places.

Kannada Development Authority chairman T S Nagabharana said they have already held a preliminary meeting with all the stakeholders. “We have called for another round of meetings where we will discuss the format and the schedule,” he said. 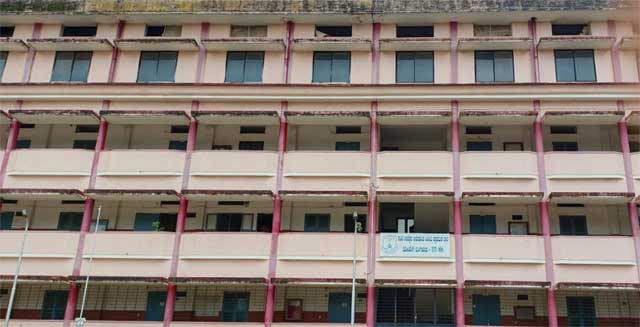 The KDA is enlisting the support of noted writer Abdul Rehman Pasha to help in conducting Kannada classes in mosques and madrasas. Nagabharana said he is also writing to the Archbishop of Bengaluru to conduct prayers in Kannada, similar to what is done in Kerala and Tamil Nadu where the regional language is used to conduct mass prayers.

“This is not about religion. It’s about respecting the local language. We are not stressing that people should become experts in Kannada. One has to learn and use the local language,” he said, adding plans are also on to conduct Kannada classes in churches. The KDA had earlier proposed to introduce a Kannada Language Skill Test similar to TOEFL. “… TOEFL is a standardised test to gauge the English language skill of non-native speakers wishing to enroll in English-speaking universities. A similar initiative has been proposed for non-Kannada speakers who wish to study and work in Karnataka. Once we get the government’s nod, Kannada classes at various places, including places of worship, will play an important role,” he said.

I am not qualified, or willing, to talk about the situation or likely reaction of Muslims, their mosques and madrasas. To invoke state power to use churches to promote Kannada, however laudable the mission may be, is a misplaced, short-sighted intrusion on the religious realm of Christians. Also, it is like carrying coal to Newcastle. Almost all churches have Kannada-medium school as their adjuncts – some going back to hundred years and more. The English medium schools are more recent implants – not at the cost of Kannada medium schools. In these English-medium schools (and colleges) more non-Christians, than Christians, study. This is a market-driven development and Kannada is not exiled. Also, beyond the educational field Christians in Canara coastal region might speak Konkani (as do Gaud Saraswat Brahmins - GSBs) and Chistians do not carry the famous Ferdinand Kittel’s English-Kannada four-volume dictionary, first published 1894, while going to market or government offices. So, targeting churches to promote Kannada is a misadventure, and an avoidable irritant, considering the ground realities outlined above.

That takes me to another relevant passage from the Bible.

“Then the Pharisees went and took counsel and they sent their disciples to him (Jesus) how to entangle him in his talk…And they sent their disciples to …saying, “Teacher, we know that you are true. And teach the way of God truthfully, and care for no man. Tell us, then, what do you think. Is it lawful to pay taxes to Caesar, or not?” But Jesus, aware of their malice, said, “Why put me to the test, you hypocrites? Show me the money for the taxes.” And they brought him a coin. And Jesus said to them, “Whose likeness and inscription is this?” They said, “Caesar’s.” Then he said to them, “Render therefore to Caesar the things that are Caesar’s and to God the things that are God’s.”

Today Christians render to the state what is its due and to God what is his due through the organizational mediation of the Church. While all of them do not claim to be, or are, saints, they conform to the rest of the population in abiding by the law, tax compliance and participating in civic life. Render unto State and the church what is their respective due.

This reminds me about my walks in large circular or oval gardens which have walking tracks. Along the side of these track are marker stones or tablets (marble, granite or concrete) marking the distance from the starting point to the finishing line. Some people bring their pet dogs on leash. The first instinct of these pets is to drag their owners to these distance markers and they would raise their one leg and urinate on them – may be to leave their scent for the dogs of the opposite sex.

Coming back to Christian institutions, schools have been part of the church complex and till recently such schools were exclusively following Kannada medium. While Konkani is the dominant language of Canara Catholics, their prayer books and hymnals are printed in Kannada script. Some of the earliest Kannada newspapers were printed in Kannada by Protestants and Catholics. Since the Second Vatican Council of Catholics, early 1960s, church services are conducted in local languages of worshippers – not in Latin as earlier. Incidentally, there is a parish on the border of Karnataka and Kerala (Pavoor) where the main church services are conducted in Tulu for over a century – started by an Italian Jesuit priest. Infant Jesus Shrine at Bikarnakatte, Mangaluru, has weekly Novenas on Thursdays in English, Konkani, Kannada and Malayalam. Why disturb a well-set multi-lingual system?

Christian churches are well organized like the distance markers in well-maintained gardens. The latter may tempt brainless pet dogs to desecrate them. But, rational people should resist the temptation to take undue advantage of smoothly and peacefully running organisations just because there is state power to back up unnecessary and avoidable intrusion into minority religious organisations running their affairs openly and peacefully. State power (and liberal budgets) is heady. But, our Indian culture says that even if you (State/person) have the strength of an elephant, behave gently like an ant. Tolerance and peaceful co-existence should be our anchor. It is to be hoped that better sense will prevail.

For age is opportunity no less

Than youth itself, though in another dress,

And as the evening twilight fades away

The sky is filled with stars invisible by day.

When you meet people on your occasional Covid-dictated outings, one common question is: “How old are you?” With advancing years, a balding, receding forehead and silver residue of remaining flimsy hair, the answer does not come easily.

Lately, my son Mohan lovingly sent me a much quoted book titled “1984” by George Orwell - born on June 25, 1903 at Motihari, Bengal Presidency of British India, and died in 1950

So, if from today for one year if anyone is asking for my age, the answer is not to scratch my memory but remember second half of Orwell’s famous book title at least for the next one year.

Title: Should Kannada Ride on Backs of Masjids & Churches?