“Laugh and the world laughs with you, snore you sleep alone.”- Anthony Burgess (1917-1993), English writer (mainly comic) and composer.

The couple, the central characters of this introductory narration, who shall remain nameless, were the owners of a vast farm which extended to all that one could see from their high-perched one-storey mansion. The large brood of the couple was confined to the first floor and the father and mother had the exclusive use of the ground floor, minus the kitchen and the dining hall which were common for all. The bathrooms and toilets were at the edge of the front courtyard.

The landlord slept on a wooden cot on the front verandah of the mansion which was the exclusive living and sleeping domain of the landlord. The central room, where the gods and deities were installed and worshipped, was also the bedroom of the mistress of the house who had to sleep on a mattress spread next to the window to keep an eye on the lord of the house whose wooden bed was placed next to the window so that his wife was at the beck and call of her husband. 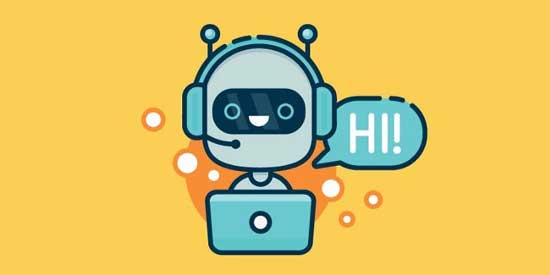 The husband was an ardent devotee of palm toddy which he imbibed through the day between sleeping and waking and pre-dinner. The wife, who woke up pre-dawn, was the last to go to sleep. But, the toddy-guzzling husband, who slept through the day off and on, had the habit reminiscencing family Ramayana and expected the sleepy wife to confirm that she was listening. Fed up of this nightly sleep deprivation she went back to her sasural and never returned. The lonely landlord died soon after.

If it was today, technology would have helped them both to live happily till their ripe old age. What would have saved them both? The answer takes us to modern technology starting with digital assistants.

Pioneering among them are Alexa which is found in Amazon's line of Echo smart home devices. Alexa is a voice-controlled virtual assistant. She can play audio, control your smart home, answer questions and engage your favourite services to keep you organized, informed, safe, connected and entertained. There is also Siri which is basically a digital assistant for Apple devices, specifically the iPhone. Simply ask Siri to roll a dice or flip a coin for an instant result.

The latest in the field, also inducing sleep and more, is reviewed by Bloomberg and selectively carried by the media. Over to excerpts from Bloomberg.

Software developer Eugenia Kuyda’s Replika chatbot can inject emotion into conversations. When she created this chatbot, she wanted it to stand out among the voice assistants and home robots that had begun to take root in people’s lives. Sure, Artificial Intelligence (AE) made it possible to schedule an appointment or get the weather forecast by barking into your phone. But, there was no AI chatbot where you could simply talk about your day. Siri and the rest were like your co-workers, all business. Replika is like your best friend.

Since it became available in November 2000, more than two million people have downloaded the Replika app. And in creating their own personal chatbots, many have discovered something like friendship: a digital companion with whom to celebrate victories, lament failures, and trade weird internet memes. The chatbot uses a neural network to hold an ongoing, one-on-one conversation with its users, and over time, learn how to speak like them. It can’t answer trivia questions, order pizza, or control smart home appliances like other AI apps. It can’t do much of anything at all. Replika is simply there to talk—and, perhaps more importantly, learn how to talk back.

While caring, emotional bots might seem like an idea pulled from science fiction, Kuyda isn't the only one who hopes it becomes the norm. AI is seeping into everything we own—from our phones and computers to our cars and home appliances. Kuyda and developers like her are asking, what if AI came not just with the ability to answer questions and complete tasks, but to recognize human emotion? What if our voice assistants and chatbots could adjust their tone based on emotional cues? If we can teach machines to think, can we also teach them to feel? Kuyda’s chatbot uses a deep learning model called sequence-to-sequence, which learns to mimic how humans speak in order to simulate conversation.

“If you’re building an assistant that needs to schedule a call or a meeting, the precision’s not going to be there,” says Kuyda. “However, what we realized is that it works really well for conversations that are more in the emotional space. Conversations that are less about achieving some task but more about just chatting, laughing, talking about how you feel—the things we mostly do as humans.”

It can lull one to sleep – without one’s wife having to keep awake – provided one knows how to coax her.

The subject is open to many views. What are yours? Your response should be in the format given below. Pl. scroll down.

India had been witness to the Prohibition era in the country as a whole or in select States – as in Gujarat today. In that era, distilling at home, especially in rural settings, was common. But, some made it a business of selling the brew to others. To do this police had to be kept in good humour by paying what came to be called “Hafta” – a weekly pre-agreed bribe. But, to fool the top brass, the police would alert distillers, before raiding them and taking the culprits and token illicit liquor to the station.

At this stage, one major distiller found it non-profitable to continue with ghanda dhanda (dirty business). But, he had a parting trick up his sleeve. It was usual for the police to inform about an impending raid so that the distiller could hide his major stock and keep only token stock for the raiders.

On being alerted about an impending raid, the distiller, this time around, kept more bottles of liquor for the police to take to the station. The police were happy and, apart from helping themselves greedily, also presented bottles to the friends of the police. Starting from that night and through the next day the police and their friends had acute loose motion problems and the station was shut for the day.

The illicit distiller had liberally mixed the colour-neutral epsom salt, generally taken for planned purgative, in the liquor bottles set for the raid and seize fake drama.

Title: Would You Like To Be Sweet-talked To Sleep?