Should Parents Pamper Kids or Drive Them To Suicide?

“To run away from trouble is a form of cowardice and, while it is true that the suicide braves death, he does it not for some noble object but to escape some ill.” – Aristotle (384- 322 BC), Greek philosopher.

There are plenty of media reports about suicides by young students like the one below.

Media monitors would come across plethora of such reports ending with suicides. Parents of such suicide cases, besides having to bear the grief of losing their loved ones had to live with guilt feelings. Also, they have to face the risk of criminal prosecution on charges of abetment suicide. On this last count, parents/guardians can now breathe easy as per the latest Supreme Court ruling on the subject.

The Supreme Court on October 6, 2021 said if a student is simply reprimanded by a teacher for an act of indiscipline and when the same conveyed to the parents to discipline the child, which results in child committing suicide, then teacher cannot be charged and tried for the offence of abetment of suicide under section 306 of the IPC. 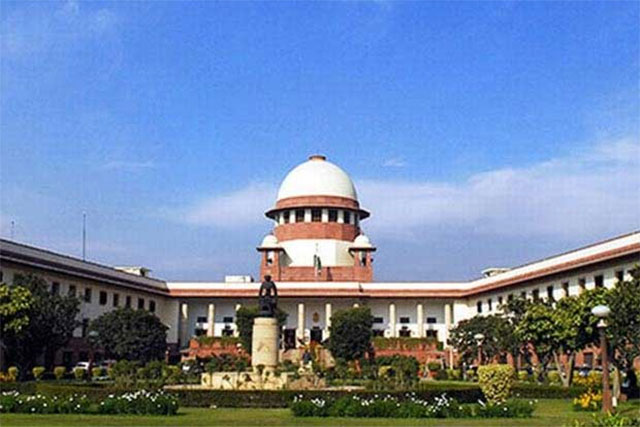 In a judgment, a bench comprising justices S. Abdul Nazeer and Krishna Murari said, it is not uncommon that teachers reprimand a student for not being attentive or not being up to the mark in studies or for bunking classes or not attending the school. "The disciplinary measures adopted by a teacher, reprimanding a student for his indiscipline, in our considered opinion, would not tantamount to provoking a student to commit suicide, unless there are repeated specific allegations of harassment and insult deliberately without any justifiable cause or reason", said the bench, adding that it is a solemn duty of a teacher to instill discipline in the students.

The bench noted that a simple act of reprimand of a student for his behaviour by a teacher, who is under moral obligations to inculcate the good qualities in a student, would definitely not amount to instigation or intentionally aid to the commission of a suicide by a student.

The top court made these observations while quashing an FIR filed against a physical training teacher of a school on charges of abetment to suicide.

A grade 9 student had died by suicide and left a note blaming the teacher. The mother lodged an FIR alleging that her son committed suicide due to mental harassment meted out by the teacher.

"Insofar as, the suicide note is concerned, despite our minute examination of the same, all we can say is that suicide note is rhetoric document, penned down by an immature mind", noted the bench.

The bench said a criminal trial is not exactly a pleasant experience and the appellant who is a teacher would certainly suffer great prejudice, if he has to face prosecution on absurd allegations of irrelevant nature.

The teacher had found the boy regularly bunking classes, initially he reprimanded him but on account of repeated acts, brought this fact to the knowledge of the principal, who called the parents on telephone to come to the school. "No further overt act has been attributed to the appellant either in the First Information Report or in the statement of the complainant, nor anything in this regard has been stated in the alleged suicide note", the bench noted, setting aside the Rajasthan High Court judgment, which had refused to quash the FIR against the teacher.

The subject is open to many views. What are yours? Your response is welcome in the following format (please Scroll down.)

Before Independence district judges were imperial whites. One case that came up concerned a man who, returning home unexpectedly, and caught his wife in the act of adultery with the butler. In a fit of uncontrolled rage, he killed the man and was, later, charged for murder.

On the day for judgment, the judge gave the accused capital punishment. As was customary in those days, the judge asked if the condemned had any last wish.

The condemned said that before he was hanged he would like to kiss the judge’s wife.

All hell broke loose. Before anyone could react, the judge jumped down from his platform seat and mounted a deadly attack on the condemned. Lawyers saved the man from the bear-hug of the judge. When order was restored, speaking for his condemned client, his lawyer said: “If you could mount a deadly attack on my client for asking for a mere kiss, what could be the provocation on seeing a man making love to his wife?”

A sobered judge dismissed the case and set the cuckolded husband free.

Title: Should Parents Pamper Kids or Drive Them To Suicide?