Shouldn’t We Reconcile and Escape Loss?

“We are all one - or at least we should be - and it is our job, our duty, and our great challenge to fight the voices of division and seek the salve of reconciliation.” - Roy Barnes (b1948), American attorney and politician who served as Governor of the State of Georgia.

A recent judgment of the Supreme Court underlines the importance of reconciliation. But, first the judgment.

Compassionate job for married girl only with mom’s nod: SC

According to media reports, in a significant decision, the Supreme Court recently rejected a married daughter’s plea for compassionate employment plea after the demise of her government servant father on the ground that she has not been sponsored by her widowed mother. 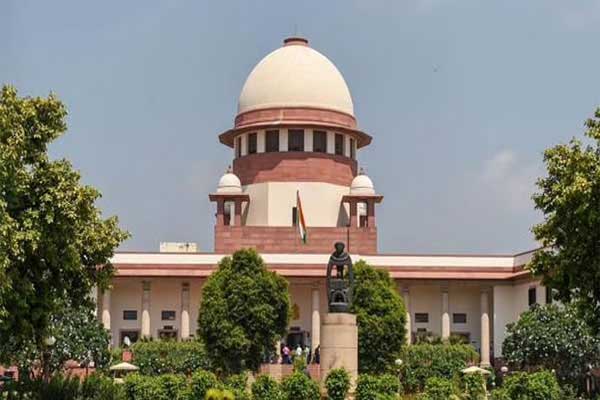 But, the bench said despite an earlier ruling of the apex court, what stood in her way was the provisions of the Madhya Pradesh Rules governing compassionate employment for children of deceased government servant, which mandated that only that adult child sponsored by widow would be entitled to be considered for such employment to a post for which she/he is eligible.

In retrospect it appears that if the mother and daughter had reconciled their differences, things would have worked out differently to the relief of the widow and her married daughter. But, getting trapped and self-hurt like this goes back to centuries as reflected in the story from the Old Testament of the Bible (Genesis, 25-26).

One of the great peace-making and reconciliation stories in Christian scriptures relates the remarkable resolution of the mortal conflict between the first born twin Esau and his younger brother Jacob, who came out of the womb “with his hand gripping Esau’s heel”.

When they grow older, Jacob, with the help of his mother Rebekah, tricks his blind father Isaac into blessing him, instead of his older brother. Discovering this duplicity, Esau then swears that he will kill his brother after their father dies. So Jacob flees, again with help from his mother, to live with his Uncle Laban in Haran. There Jacob marries Laban’s daughters Leah and Rachel, takes concubines, and has 12 sons and one daughter. Jacob prospers, but finally, at God’s behest, Jacob leaves Haran to return to the land of his birth, where he must confront his brother.

Fearing that Esau will “kill us all, the mother with the children”, Jacob places his trust in God and decides to reconcile with his brother. To do this, he first sends a series of peace offerings to Esau - hundreds of goats, sheep, camels, cows, bulls and donkeys.

One morning, Jacob finally meets his brother. Before greeting him, Jacob bows seven times. Esau embraces him, and they both weep. What happens next is even more astonishing. Esau initially refuses his brother’s peace offerings, saying that he already has enough. Jacob insists, replying: “No, please; if I find favour with you, then accept my present from my hand; for truly to see your face is like seeing the face of God. Jacob now sees “the face of God” in the face of the very brother who had sworn to kill him.

This Biblical story shows just how difficult reconciliation is. It involves risk; comes with sacrifice, even injury; and takes faith and trust in one’s God. The Jacob of Torah teaches us, however, that when we do this; and are finally able to see “the face of God” in the face of our enemy and reconcile with our brother (in this SC case, the mother); we will be blessed.

The subject is open to many views. What are yours? Your response is welcome in the format given below. (Pl. scroll down a bit)