“Screwing things up is a virtue. Being correct is never the point. I have an almost fanatically correct assistant, and by the time she re-spells my words and corrects my punctuation, I can't read what I wrote.” - Robert Rauschenberg (1925- 2008) American painter and graphic artist.

Before the latest spelling story let us go back to the Mahabharatha.

The fourteenth day of the battle of Kurukshetra was drawing to a close. Drona was unhappy because neither could he capture Yudhisthira nor could he save Jaidrath. So he attacked the Pandava soldiers with more force than ever. Krishna told the Pandavas that Drona could be killed by a trick. Krishna asked the Pandavas to spread the false news (Today it is called ”Fake News”) that Drona's son, Ashwatthama, had been killed. Bhima killed an elephant named Ashvattama and shouted, "I have killed Ashvatthama." When Drona heard this, he was full of sorrow. He asked Yudhisthira whether it was true; he knew that Yudhsthira would never lie. Yudhisthira replied, "Yes, Ashvatthama is dead, but the elephant not your son." But Krishna asked the drummers to beat the drums (extra laud) when Yudhisthira spoke the last part of the sentences, so Drona couldn't hear it. He sat mourning his son's death and Dhrishtadyumna who had been born to kill Drona, cut his head off. 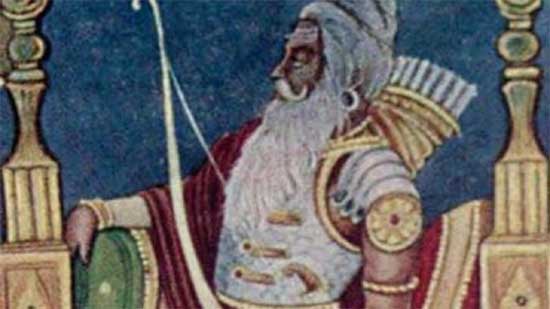 Now we come again to the present to a report on (not on mis-hearing) misspelling and the potential consequences on the way under a report titled:

An Australian man claimed a real estate agent did not pay its “employees” retirement funds. The lack of a punctuation mark may cost him thousands.

A missing apostrophe in a Facebook post could cost a real estate agent in Australia tens of thousands of dollars after a court ruled a defamation case against him could proceed.

In the post last year, Anthony Zadravic, the agent, appears to accuse Stuart Gan, his former employer at a real estate agency, of not paying retirement funds to all the agency’s workers.

At issue is the word “employees” in the post, which read: “Oh Stuart Gan!! Selling multi-million $ homes in Pearl Beach but can’t pay his employees superannuation,” referring to Australia’s retirement system, in which money is paid by employers into super accounts for employees. “Shame on you Stuart!!! 2 yrs and still waiting!!!”

Less than 12 hours after the post was published, Mr. Zadravic, who is based on the Central Coast in New South Wales, deleted it. But it was too late. Mr. Gan became aware of the message and filed a defamation claim against Mr. Zadravic.

On 7/10/21, a judge in New South Wales ruled that the lack of an apostrophe on the word “employees” could be read to suggest a “systematic pattern of conduct” by Mr. Gan’s agency rather than an accusation involving only one employee. So she allowed the case to proceed.

In matters of punctuation, social media is the Wild West. In some corners of the internet, careless grammar is highly tolerated — even a badge of honor. In legal matters, however, disputed punctuation can cost millions.

The tussle over a punctuation mark no larger than a pinhead comes in a country that has earned a reputation as the defamation capital of the world. Legal experts say the case of the missing apostrophe is far from surprising in Australia, which has a complex web of defamation laws and a history of awarding plaintiffs large sums of money.

In 2019, for example, the Oscar-winning actor Geoffrey Rush was awarded more than $2 million in his defamation case against Rupert Murdoch’s Nationwide News, the largest such payout at the time to a single person in Australian history. That same year, a billionaire businessman won a defamation case against a news organization that he claimed had wrongly linked him to a bribery case.

I am sure readers are aware/or victims of punctuation errors. The subject is open to many views. What are yours? Your response is welcome in the format given below (Pl. scroll down).

Vet’s Delight
(Thanks to a forward from a friend)

An employee of an IT company fell ill. His wife took him to a multi-speciality hospital.

He underwent multiple tests and administered all kinds of medicines.

Nothing worked, except his credit card.

His wife was worried. She went close to him and calmly said: “I think you should consult a Veterinary Doctor.”

He screamed at her and asked: “Have you gone mad?”

“There is nothing wrong with me. But look at your daily routine.

You get up early in the morning like the cocks and hens.

You growl like a wild boar at your subordinates.

You come home and bark like a dog at me and our children.

That is why I wanted you to consult a Veterinary Doctor.”

The shocked husband kept on looking at her dumbfounded.

“Why are you looking at me like an owl?” asked the wife.