Are We Headed for Polygamy?

“I am monogamous from time to time, but I prefer polygamy and polyandry.” – Carla Bruni (b.1967), Italian-French singer and professional model.

Polygamy and polyandry trace their origin to ancient times. In Mahabharata, Draupdi had five husbands and the rationale of it has been explained down the ages. Emperors and kings had their harems to the envy of their courtiers and commoners.

Now, a new phenomenon has emerged on the love scene – live-in relationship outside the sacramental or legal bonding. The scene is getting hot with higher judiciary conferring its imprimatur on such non-sacramental sexual links. The case cited below from The Times of India (1/3/22) seems to ignore the ritually married husband of the lady involved in the High Court intervention. But, first the excerpted report. 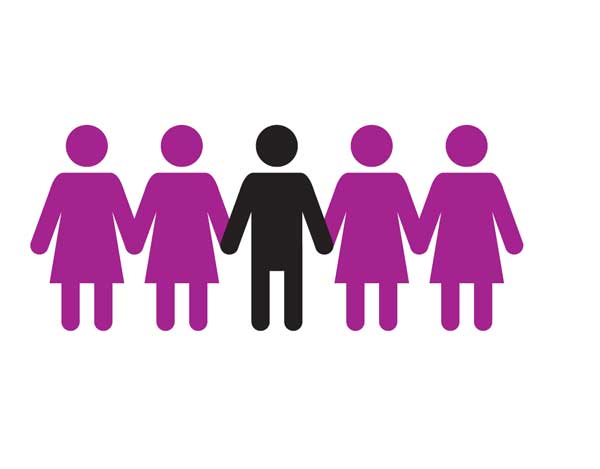 Chandigarh: The Punjab and Haryana High Court has made it clear that the times are changing fast and it is time to shift perspective from didactics of the orthodox society.

“The times are changing fast, even in those lands that were left behind and stuck with the old ethos and conservative social milieu. We are governed by the rule of law and follow constitutional dharma. In the ever-evolving society, evolving the law with it, the time is to shift perspective from didactics of the orthodox society, shackled with the strong strings of morality supported by religions to one that values an individual’s life above all,” observed Justice Anoop Chitkara while granting protection to a couple from Punjab’s Fazilka district. The woman in this case is married but is voluntarily part of a live-in relationship with another male partner.

The judge held that every person in India has an inherent and indefeasible fundamental right to life flowing from Article 21 of the Constitution and the State is duty-bound to protect life.

The couple had approached the HC fearing for their lives and liberty at the hands of the woman’s relatives, including her husband. They had sought protection by invoking their fundamental rights guaranteed under Article 21 of the Constitution of India.

The judge observed that if the allegations of apprehension of threat to their lives turn out to be true, it might lead to an irreversible loss. “This court is not adjudicating on the validity of the petitioners’ marriage or her decision of cohabiting with petitioner No. 1 (male petitioner) but adhering to its fundamental duty of guarding their lives. Thus, in the facts and circumstances peculiar to this case, it shall be appropriate that the concerned superintendent of police, SHO, or any officer to whom such powers have been delegated or have been authorised in this regard, provide appropriate protection to the petitioners,” ordered the court.

The HC also held that the protection would be subject to the stringent condition that from the time such protection is given, the petitioners shall not go outside the boundaries of the place of their residence, except for medical necessities, to buy household necessities, and for bereavements in the families of the persons who are close to them. This restriction saves the petitioners from apprehended risk and ensures that the protection is not flaunted, observed the judge.

The subject - despite and beyond the HC judgment cited above – is open to many views. What are yours? Your response is welcome in the format given below (Pl. scroll down).

A brown-skinned husband was on his death-bed. He implored his fair-skinned wife to sit by his bedside and asked who sired the first brown-skinned child and the next four fair skinned kids. “Tell the truth and all will be forgiven”. The wife confessed: “The first is yours…” The man turned his face away from the wife and gave up his ghost.

Title: Are We Headed for Polygamy?