Should We Stress a Dying Heart?

“Forgiveness is not always easy. At times, it feels more painful than the wound we suffered, to forgive the one that inflicted it. And yet, there is no peace without forgiveness.” - Marianne Williamson (b.1952) American author, spiritual leader and political activist.

Talking of forgiveness, it is apt to start with an incidence from the Bible (reproduced specially for non-Christian readers).

“As he (Jesus) was speaking, the teachers of religious law and the Pharisees brought a woman who had been caught in the act of adultery. They put her in front of the crowd.

“Teacher,” they said to Jesus, “this woman was caught in the act of adultery. The Law of Moses says to stone her. What do you say?” They were trying to trap him into saying something they could use against him, but Jesus stooped down and wrote in the dust with his finger. They kept demanding an answer, so he stood up again and said, “All right, but let the one who has never sinned throw the first stone!” Then he stooped down again and wrote in the dust.

When the accusers heard this, they slipped away one by one, beginning with the oldest, until only Jesus was left … with the woman. Then Jesus stood up again and said to the woman, “Where are your accusers? Didn’t even one of them condemn you?”

And Jesus said, “Neither do I. Go and sin no more.”

A similar story repeated itself earlier this month as narrated by Roni Carlyn Rabin in The New York Times (10/1/22) titled “In a First, Man Receives a Heart from a Genetically Altered Pig” and excerpted here.

A 57-year-old man with life-threatening heart disease has received a heart from a genetically modified pig, a ground-breaking procedure that offers hope to hundreds of thousands of patients with failing organs. It is the first successful transplant of a pig’s heart into a human being. The eight-hour operation took place in Baltimore on January 7, and the patient, David Bennett Sr. of Maryland, was doing well, according to surgeons at the University of Maryland Medical Center.

“It creates the pulse, it creates the pressure, it is his heart,” said Dr. Bartley Griffith, the director of the cardiac transplant program at the medical center, who performed the operation. “It’s working and it looks normal. We are thrilled, but we don’t know what tomorrow will bring us. This has never been done before.”

Scientists have worked feverishly to develop pigs whose organs would not be rejected by the human body, research accelerated in the past decade by new gene editing and cloning technologies. Researchers hope procedures like this will usher in a new era in medicine in the future when replacement organs are no longer in short supply for the more than half a million Americans who are waiting for kidneys and other organs.

Mr. Bennett decided to gamble on the experimental treatment because he would have died without a new heart, had exhausted other treatments and was too sick to qualify for a human donor heart, family members and doctors said. 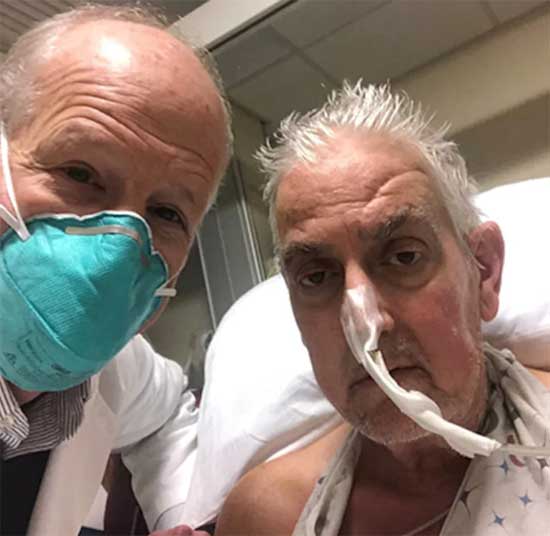 The new heart is functioning and already doing most of the work, and his doctors said he could be taken off the machine on Tuesday (11/1/22). Mr. Bennett is being closely monitored for signs that his body is rejecting the new organ, but the first 48 hours, which are critical, passed without incident.

“It was either die or do this transplant,” Mr. Bennett said before the surgery, according to officials at the University of Maryland Medical Center. “I want to live. I know it’s a shot in the dark, but it’s my last choice.”

Now comes a twist in the tail (tale). It turns out the pig-heart receiver had criminal background and did not deserve to be saved through a medical miracle. A lot of controversy is afloat on this subject overshadowing the medical miracle involved which is eclipsed. Now the doctors involved have to divert their energy to counter the moralists and defend their choice of subject for their path-breaking achievement. (Mercifully, no heart-rending report has come in the media about the pig heart recipient on the date (21/1/22) of this writing.

To go back to our starting point: what Jesus would have said in the present situation?

The subject is open to many views. What are yours? Your response is welcome in the format given below. (Please scroll down a bit).

Title: Should We Stress a Dying Heart?