Should Foreign-adopted Orphans Search For Their Roots?

“In my teens, I had no idea about running as a sports event. For me, an orphan, it was not only about learning how to survive the brutal world, but also about carving an identity”. –Milkha Singh, byname the Flying Sikh, ( 1935- 2021), Indian track-and-field athlete who became the first Indian male to reach the final of an Olympic athletics event when he was placed fourth in the 400-metre race at the 1960 Olympic Games in Rome.

Orphaned during the partition of India, Singh moved to India from Pakistan in 1947. He eked out a living by working in a roadside restaurant before joining the Indian army where he realized his abilities as a sprinter. 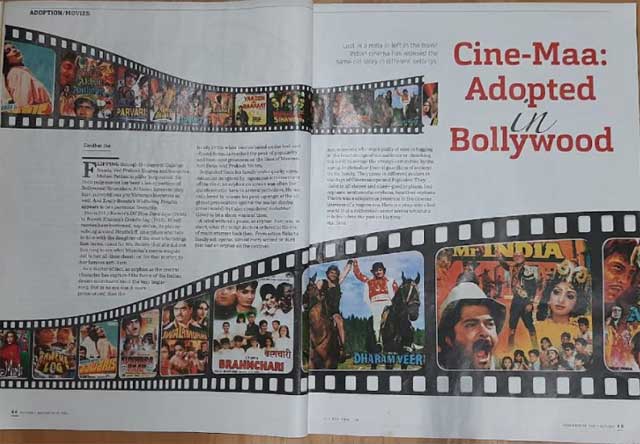 At the 1958 Asian Games, Singh won both the 200-metre and 400-metre races. Later that year he captured the 400-metre gold at the Commonwealth Games, which was India’s first athletics gold in the history of the Games. He narrowly lost the bronze medal in the 400 metres at the 1960 Olympic Games in Rome, missing out on third place in a photo finish. Singh retained his 400-metre gold at the 1962 Asian Games and also took another gold as part of India’s 4 × 400-metre relay team.

So, being an orphan is no bar to rise to the top. But, orphans have their stories of sadness and happiness. These have been sensitively covered in Outlook weekly dated November 29, 2021 in its cover story titled Adoption Pangs. One of the articles is about orphans adopted by non-Indians looking for their roots and excerpted here.

Dohle knows the system well enough to help others. He has been through it himself. The India-born German national fought a legal battle for 17 years to be able to see his biological mother. In fact, his case, which went right up to the Supreme Court of India, paved the way for more adoptees to trace their roots.

“I wanted to search for my roots when I was 14. But, it was not possible then. I resumed my search in ’93. That’s the first time I came to India. I went to my orphanage and had the experience most adoptees have. – they were not helpful in sharing the adoption records”, Dohle says. Dohle, who runs the child rights NGO ACT (Against Child Trafficking), along with Anjali Pawar, now works round the year to help other adoptees to trace their roots.

If there’s anything about this process that affects him, Dohle says, it’s how adoptees expect him to help them for free. “A large number of adoptees get angry about that…People expect me to do this for free… They expect me to raise the funds for them…”

Dohle and Pawar have solved this problem by proposing a financially sustainable model for adoptees who want to trace their roots. On their website (adopteerightscouncil.org) they state that in 10 years searching in India, they’ve found that the real cost of such searches is at least Rs 17 lacs.

But then, what drives people to go to such great lengths to find their biological family? Shouldn’t adoptees, who otherwise may have been living in dire circumstances, be thankful for growing up in a financially secure environment?

The subject is open to many views. What are yours? Your response is welcome in the format given below. (Please scroll down a bit.)

PS: Searching for biological roots has been favourite fodder for Indian films down the decades.

Title: Should Foreign-adopted Orphans Search For Their Roots?