Can Turbulent Parliament Be Tamed?

“A chair's function is not just to provide a place to sit; it is to provide a medium for self-expression. Chairs are about status, for example. Or signalling something about oneself. That's why the words chair, seat and bench have found themselves used to describe high status professions, from academia to Parliament to the law.” - Evan Davis (b.1962), British economist and journalist.

"The only way of doing so is to conduct themselves in a manner befitting the trust the citizens still have in our parliamentary democracy," M Venkaiah Naidu, Rajya Sabha Chairman, said soon after the papers to be listed were listed in the Rajya Sabha. He described the disruptions in the House during the last two sessions as highly disturbing. He asked MPs to ensure smooth functioning of the House during the ongoing Budget session and said they should conduct themselves in a manner befitting the trust citizens still have in India's parliamentary democracy. The country's 5,000 MPs, MLAs and MLCs should resolve in this historic year to return to the people the favour they do by relentlessly nurturing democracy over the last 70 years. 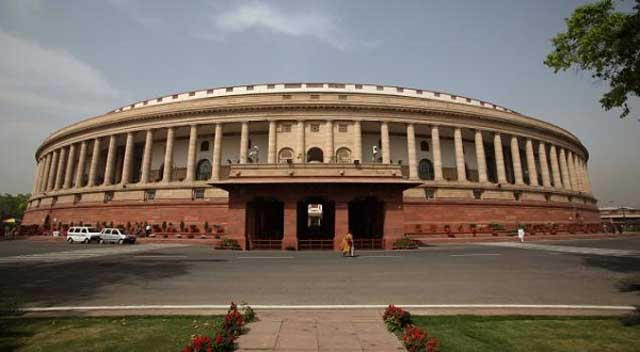 "The only way of doing so is to conduct themselves (the 5,000) in a manner befitting the trust the citizens still have in our parliamentary democracy". He described the disruptions in the House during the last two sessions as highly disturbing. "I refer to the same with fervent hope that we all reflect on the same and conduct in a manner befitting the historic time that we are passing through."

The chairman pointed out that Rajya Sabha had lost 52.10 per cent of the valuable sitting time due to disruptions and forced adjournments in the last winter session. During the preceding monsoon session last year, the loss of functional time of the House was as high as 70.40 per cent. (The Budget Session started on January 31.)

Naidu’s expression of anguish may be like the pot calling the kettle black. Much depends in how fairly the presiding officers’ conduct the proceedings. It is relevant to recall the statement of the late Arun Jaitley, a leading BJP parliamentarian and minister, apparently when BJP was in the Opposition.

“Parliament's job is to conduct discussions. But many a time, Parliament is used to ignore issues, and in such situations, obstruction of Parliament is in the favour of democracy. Therefore, parliamentary obstruction is not undemocratic.”

The subject is open to many views. What are yours? Your response is invited in the format given below. (Pl. stroll down a bit.

Title: Can Turbulent Parliament Be Tamed?