Should Ruling Party Bribe Voters with Bait of State Funds?

“The fight for justice against corruption is never easy. It never has been and never will be. It exacts a toll on our self, our families, our friends, and especially our children. In the end, I believe, as in my case, the price we pay is well worth holding on to our dignity.” - Frank Serpico (b1936) American retired New York Police Department Detective.

Corruption can take several avatars. One of the latest is disguised as promises of freebies during election campaigns. NK Singh, Chairman, Fifteenth Finance Commission, has recently cautioned about the latest avatar of corruption through warnings issued while addressing the Annual Day function of Delhi School of Economics on April 19, 2022 and widely covered in the media as reflected in the following excerpts. According to Singh, “Political competition over such sops is a “quick passport to fiscal disaster”. According to him, India could face the prospect of sub–national bankruptcies if States continued to dole out freebies to influence the electorate.

Mooting the need for issuing credit ratings to States based on their fiscal health, Singh cited the example of the highly indebted State of Punjab which is expected to spend an estimated ?17,000 crore to implement recently announced ‘freebies’ such as 300 units of free power per household. He said that “a classic example” is of a State that has become profligate and is unable to pay its bills, so it immediately rushes to the Centre for help. Beyond the devolution of revenues to the States as per the Commission’s advice, the Centre can only help States during times of distress or disasters. 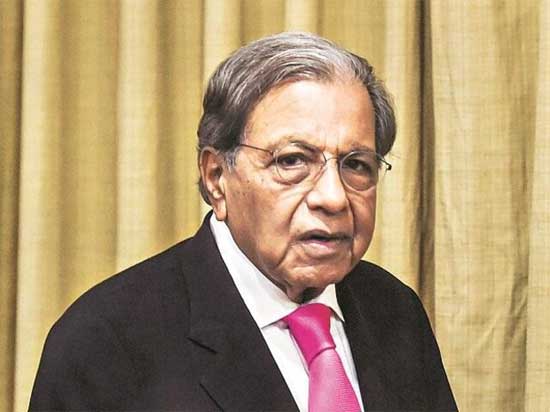 “Governments across the political spectrum are now being increasingly attracted to this new slogan of freebie politics. The broader issue troubling me for some time is whether the politics and economics of freebies compels us to now think of what we can loosely call sub–national bankruptcy,” Singh said.

Terming the Rajasthan government’s decision to revert to the old pension scheme for its employees as ‘regressive’ and “fraught with dangers”, Singh said it translated into a small fraction or just 6% of the population capturing benefits as high as 56% of the State’s revenues that go into its pension and salary expenditure.

While subsidies are needed for merit and public goods that have larger benefits, such as the public distribution system, employment guarantee schemes and greater support for education and health sectors, Singh flagged the need to distinguish these from other sops that are part of the contemporary political narrative.

“Both the economics and politics of freebies is deeply flawed. It is a race to the bottom. Indeed, it is not the road to efficiency or prosperity but a quick passport to fiscal disaster,” he noted, emphasising that ‘cheap’ freebies are expensive for the economy, life quality and social cohesion over the long run.

The culture of excessive electoral sops for influencing voter preferences also undermines job creation and growth while denting the quality of India’s manufacturing and hurting environmentally sustainable aspirations. “Free power, free water, and free fertilizers of some kinds— all distract from environmental objectives.”

Suggesting that Constitutional provisions such as Article 282 must be considered in cases of sub–national bankruptcy, Singh said the race to the bottom implies government deregulation of markets and business.

“This means eventually that States compete to underbid each other in lowering taxes, expenditure and regulation. We must strive instead for a race to efficiency through laboratories of democracy and sanguine federalism where States use their authority to harness innovative ideas and solutions to common problems which other States can emulate.”

The subject is open to many views. What are yours? Your response is welcome in the format given below. (Pl stroll down a bit) Over to you.