How to Price Women?

Women come in the avatar of mother, wife and daughter. While daughters are pampered till they get to marriageable age, then they become a liability In terms of giving dowry and often demand for more from their husbands and in-laws. Yet, women are honoured and even worshipped as reflected in the following instances. In Tamil Nadu, an actor-film-maker has built a temple for his mother in his home-town Poovirunhavali. In Karnataka’s Yadgir district, Nagappa Kuntoji (80), a retired teacher, has built a temple in honour of his mother, where he worships her daily.

Mother worship is a given thing as reflected in a drunkard’s declaration “She is my mother – drunk or sober”. 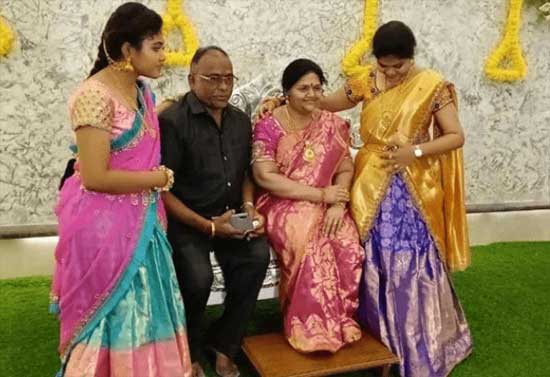 But, wife-worship is in a different class as in a recent media report:

Industrialist Shrinivas Gupta, who celebrated his house warming function in Koppal, in Karnataka, installed a silicon wax statue of his wife Madhavi, who died in a car accident in July 2017. Pictures from the ceremony have since gone viral across social and news media.

“It is a great feeling to have my wife again at my home, as this was her dream home. An artist, Shreedhar Murthy from Bengaluru, took a year to prepare my wife’s statue. Silicon was used for the statue for durability,” said Gupta, putting his hand over the silicon replica of his departed wife.

The higher judiciary, Supreme Court and High Courts, have been handing down judgments progressively restoring power, rights and status to women in various contexts. One of the criteria of putting a value on women – beyond building sentimental temples and statues as noted above – is what the insurance companies dole out for women dying in accidents. Now we have happy incident of women being valued high in an insurance settlement as noted in the following instance widely covered in the media recently. On to the news report – this one by Rebecca Samervel of TNN on December 13, 2020.

Ruling that compensation for “loss of future prospects” can also be granted in the case of a housewife’s death, a Motor Accident Claims Tribunal ordered the Maharashtra State Road Transport Corporation to pay around Rs 17 lakh to the husband and two minor children of a 33-year-old woman who was killed after a bus rammed into their bike at Mankhurd, a suburb of Mumbai, in 2014.

“Loss of future prospects” is among the heads covered while awarding compensations in motor accident cases. The tribunal fixed the deceased housewife’s notional salary at Rs 5,000 per month.

A possible future increase in this notional monthly income was pegged at 40%, bringing the loss of future prospects to Rs 7,000 per month. The tribunal cited a recent Supreme Court judgment and said, “The housewife who contributes for the welfare of the family and upbringing for the children must be given future prospects in as much as with the passage of time, the utility of her services increases in the family.”

It stated that a housewife’s services to the family are invaluable. “The housewife renders very important duty. She looks after her husband and children passionately round the clock and creates the comfort zone in the house. In the absence of her in a house for a single day realises her importance (sic) to the other family members,” the tribunal said.

The tribunal refuted the defence that only when the housewife renders skilled services to the family does the question of future prospects come. It said that judgment does not make any distinction between a skilled and unskilled housewife.

“In fact housewife is a housewife and with the passage of time her skill in tackling and handling household affairs increases,” the tribunal said, quoting a Supreme Court judgment. While the victim’s husband and older son will each receive 30% of the compensation amount, the younger son will receive the remaining 40%.

Contrast this with a Tulu/Konkani adage downgrading the importance of mothers: “The mother cow does not store a stack of grass for its calf when it dies.” It seems a clear case of male arrogance.

The subject is open to many views. What are yours? Your response is welcome in the format given below. (Pl scroll down).

On public transport buses two front seats each are reserved for senior citizens and handicapped persons. Senior citizens like me, with full white mane, do not have to carry a birth certificate. The conductors are reluctant to vacate seats already occupied by non-seniors.

When it comes to handicapped persons, one can recognize a polio-affected person –some of them crawling on all-fours. What happens to a man who has a slip-disc hidden under his shirt and it is not visible even when the shirt is lifted. (Here ‘man’ embraces ‘woman’ –as should be always).It is dangerous for such persons to travel standing with frequent violent jerks of the bus and sudden stoppages.

It should be possible for the RTO to issue “disability-bands” which can be attached to the hand for easy identification and spare such disabled to argue their claim for the reserved seats.

Title: How to Price Women?