Should NEP End Up as State-level Cocktails?

“I like to set up bars at my parties so people can make their own cocktails and mix and match and teach each other different things.” - Jeremiah Brent (b1984), American interior designer and TV personality.

For the uninitiated, cocktail is an alcoholic mixed drink. Most commonly, cocktails are either a combination of spirits, or one or more spirits mixed with other ingredients such as tonic water, fruit juice, flavoured syrup, or cream.

The New Education Policy drawn up after years of intellectual labour seems to be headed to become state-level educational cocktail mixed and dished out state-level ministers and their officials. Take, for instance, a recent report datelined Bengaluru.

The state government has plans to align universities/higher education institutions under its control with the National Education Policy (NEP).

It will introduce a new bill to scrap the existing Karnataka State Universities Act (KSU) 2000 and replace it with the new bill, the draft of which was submitted to state higher education minister Dr CN Ashwath Narayan by the head of the committee led by former scientific advisor, Dr Vasudev K Aatre. The minister on Saturday (7/5/22) submitted it to Chief Minister Basavaraj Bommai. 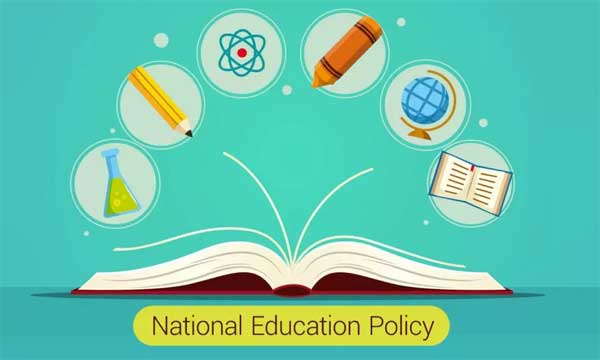 As per the committee’s recommendations, state-run varsities will have a Board of Governors instead of a syndicate.

"Section 19 of the NEP 2020 deals with the effective governance and leadership in higher education institutions and considering that we have recommended for establishment of Board of Governors which will consist of highly qualified, competent and dedicated individuals having proven capabilities and a strong sense of commitment to the institution," said a senior academician who was part of the committee.

It keeps the Governor of the state as chancellor, who will appoint the first chairperson of the Board of Governors as per the state government’s recommendations. The chairperson’s term will be for four years.

The committee has also recommended the new post of Pro-Vice-Chancellor appointed by the Board of Governors, who will look into the college development council during his/her two-year term.

Along with the posts of registrars, academic senate, and finance committee, the new system will also have a Board of Management, which will be the university’s executive body with the Vice-Chancellor as the chairperson.

Dr Ashwath Narayan told Deccan Herald: "We have received the report and submitted the same to the Chief Minister. We will verify it and have consultations at various levels on the recommendations made by the committee."

So, we will have an educational cocktail with State education ministers and officials trying to catch media headlines.

But, never trust cocktail-mixers as warned by Terry Prachett (1948- 2015) an English humourist, satirist and author of fantasy novels.

“Never trust any complicated cocktail that remains perfectly clear until the last ingredient goes in, and then immediately clouds.”

The subject is open to many views. What are yours? Your response is welcome in the format given below (Pl scroll down a bit). Over to you!

Title: Should NEP End Up as State-level Cocktails?