Who (and Why) Should Deny if 80% School Kids Want Eggs?

“A life cycle approach to food security will imply attention to the nutritional needs of a human being from conception to cremation. The most vulnerable but neglected segment is the first 1,000 days in a child's life - the period from conception to the age of two, when much of the brain development takes place.” - M. S. Swaminathan (b1925), Indian agricultural scientist and leader of green revolution.

What happens after 1000 day? Kids go to kindergarten, primary school with many of them half starved, underweight and stunted. So, the government has started feeding programmes, mainly midday meals through anganwadis. The most nutritious item under this scheme is boiled egg. This item is being opposed by some. But, students, by an impressive majority, are for serving (and obviously for eating) eggs as reflected in the following report by Shreyas HS and published in The Times of India (7/12/21) and excerpted below.

Over 80% in Kalyana-Karnataka schools want eggs in midday meals: Survey

KALABURAGI: At least 80% of students in government and aided schools in seven Kalyana-Karnataka and Vijayapura districts prefer boiled eggs during midday meals. This was the key finding of an informal survey conducted by school principals on November 26 and 27 to elicit the views of students on the choice of food during lunch. 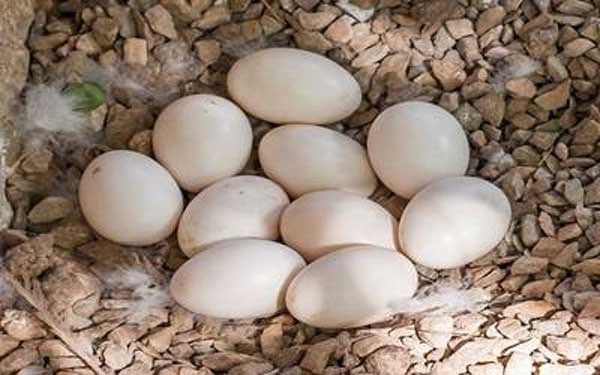 The survey recorded the height and weight of schoolchildren to assess the nutritional benefits of consuming eggs and this data will be analysed in January, a source said. Of the nearly 15 lakh children surveyed in the two-day exercise, more than 12.5 lakh children voted in favour of eggs.

With the aim to boost nutrition among children, the government recently introduced eggs or bananas as part of midday meals in seven backward districts of Kalyana-Karnataka and Vijayapura district. The state is now planning to extend the programme to classes 9 and 10 children after school development and monitoring committees made a demand to the administration.

According to Nalini Atul, additional commissioner, public instruction department, Kalaburagi division, the project approval board has given green signal to give 46 eggs per child in this region for the rest of the academic year based on previous year’s data on the total number of children. “The current year has seen a 2% rise in admissions. In our survey, nearly 13 lakh children were willing to eat eggs,” she added.

According to a circular from the primary and secondary education department, 14.4 lakh students will have a choice of eggs or bananas during midday meals from December 1 this year to March 30 next year. “Students in classes 1 to 8 will receive 12 eggs or bananas in a month on school days,” the circular said.

An education expert said the data gathered is ‘a referendum’ on implementation of eggs. “The government must expand the project across the state. Any attempt to scuttle it denies the rights of children wanting to eat eggs,” he said.

“One man's meat is another man's poison”. This expression originates in antiquity. Whether the Roman poet and philosopher Titus Lucretius Carus (known as Lucretius) coined the expression in the first century BC, or merely repeated it, his is the oldest known reference. It means that everything is relative – what a person values, another may think worthless. But, the person concerned should be an adult capable of making a decision for himself/ herself and not an innocent for whom decisions are made by others.

The subject is open to many views. What are yours? Your response is invited in the format given below. (Please scroll down a bit).

Title: Who (and Why) Should Deny if 80% School Kids Want Eggs?