You taught me language; and my profit on’t

Is, I know how to curse. The red plague rid you

For learning me your language!

Languages, many in number in India, unlike one sole during Shakespeare’s time, tend to vitiate the educational scene, especially in the context of New Educational Policy (NEP) currently being launched in the backdrop of receding coronavirus devastation. Against such handicaps India’s bashawadis seem to be out claiming their pound of flesh. This is reflected in a recent Karnataka High Court proceedings reported by Donna Eva and published in The New Indian Express on November 14, 2021 –and excerpted below – under the headline: “Why bring politics into edu, HC to govt.”

The Karnataka High Court on November 11, 2021 reprimanded the government for politicising the issue of implementing Kannada under NEP. The high court was hearing a public interest litigation (PIL). “The government brought up some issues after which the court cautioned it,” said Dr Shridhara Bhat who was one of the petitioners.

Dr. Bhat also said that over a hundred students had sent letters to the government expressing their dissatisfaction over the implementation of Kannada under NEP. But the state government claims that four Sanskrit organisations that have filed a PIL before the Karnataka High Court are doing so to promote their personal interests. 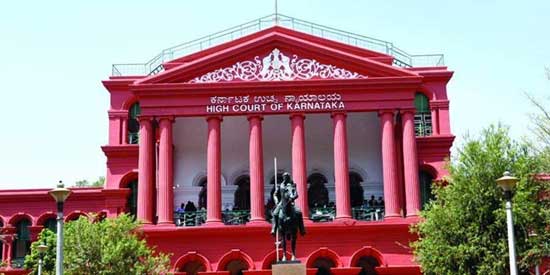 The court said that it might order a survey to find out how many students have dropped out due to implementation of Kannada. The government has filed a number of objections, seeking dismissal of the petition. Among them, it has alleged that the petitioners have a private interest in the matter and no students or affected people had approached the court directly. “They want the students, who are unable to pay legal fees, to approach the court directly,” said Dr Bhat. He mentioned that the petitioners are small-time lecturers, who are pursuing the case by paying from their pockets.

It is relevant at this point to back-track in time and excerpt from a report by Bharat Joshi in The New Indian Express dated July 22, 2013.

Even as the Supreme Court debates whether all children should study in their mother tongue, a report drawn up by Karnataka’s Education Department shows a decline in the number of students who want to study in Kannada.

As per the latest government figures, enrolment in Kannada schools has decreased by 10 per cent with a corresponding increase in English medium schools since 2006.

“It can be attributed to the general perception that English opens doors of opportunities in the long term, so parents seem to prefer English medium of instruction. We find this increasing in embourgeoise class (neo-middle class). Also, it could be that many schools who were licenced to run Kannada medium have switched over to English,” said A S Seetharamu, consultant for Sarva Shiksha Abhiyan.

The Education Department’s recent Analytical Report-2012, however, makes the decline in the number of children enrolling in Kannada schools ‘insignificant’.

The shift in favour of English schools is evident in Urdu, Tamil, Telugu, Marathi and Hindi medium also.

The percentage of students enrolled in English schools in 2012 is 19.91 per cent.

The issue is, as far as students and their parents are concerned is between basha and bread and their concrete decision is reflected in voting with their feet – migrating from basha schools to English medium schools.

The subject is open to many views. What are yours? Your response is welcome in the format given below. (Pl scroll down a bit).