“We are in danger of destroying ourselves by our greed and stupidity. We cannot remain looking inwards at ourselves …” – Stephen Hawking (1942 – 2018), British theoretical physicist.

Under our ancient educational system called Gurukul in which the student (sishia) stayed at the Guru’s residence and at the end of his education, he offered his Guru thanksgiving token gift called Gurudakshina which refers to the tradition of repaying one's teacher or guru after a period of study or the completion of education. The tradition is one of acknowledgment, respect, and thanks.

It was a token of gratitude but was manipulated even in the Mahabharata epic. For instance, Drona asked Ekalavya for a guru dakshina that a student owes his teacher upon the completion of his training. Ekalavya replied that there was nothing he would not give his teacher. Drona asked for Ekalavya's right thumb, knowing that its loss will hamper Ekalavya's ability to pursue archery. 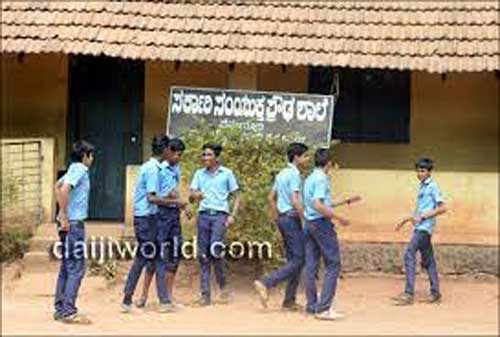 The word Harakiri, used in the headline, is a ritual suicide by disembowelment with a sword, formerly practiced in Japan by samurai, (worriers) as an honorable alternative to disgrace or execution.

All the above come to mind when we follow actions of the high-priced private schools which generally sport “Cambridge”, “Oxford” and “International” on their name boards and letterheads.

Chasing prestige and instinct to imitate or compete with Jones or Kapurs drives many parents to send their children, whether they can afford or not, to these exotically titles schools.

The Covid 19 pandemic upset the apple-cart for both private school managements and some of the over-reaching parents. Some of the parents may have lost their jobs or had their business shrunk and there was a payment of fees crisis.

A concerned education minister stepped in and a compromise solution, mainly centered on 30% reduction in fees, was offered to the distressed parents. But, the unbending private managements rejected the concession solution and went to the High Court which further reduced the concession to parents by 15% (85%).

Then private school managements went to the Supreme Court which clarified on May 3, 2021 that States cannot impinge on the autonomy of private unaided schools to fix and collect “just” and “permissible” school fees from parents, especially in the name of the pandemic.

The May verdict had come in a series of appeals filed by private unaided schools in Rajasthan against government notifications to defer/reduce school fees due to aftermath of pandemic (lockdown) from March 2020.

Some parents had refused to pay despite the judgment. School managements had moved the apex court again.

Clarifying, a Bench led by Justice A.M. Khanwilkar recently ordered that the court’s judgment in May “does not prohibit the schools from taking coercive action against the students who have failed to pay the installments as per the arrangement predicated in the judgment”.

While noting that it was up to schools to initiate action for willful defaults in fee payment, the court said indulgence should also be shown to parents with genuine reasons.

“If any individual request is made by the parent/ward finding it difficult to remit annual fees for the academic year 2020-2021 in terms of the judgment, the school management has to consider such representation on case-to-case basis sympathetically,” the court reiterated.

Meanwhile, the Annual Status of Education Report 2021, released mid-November 2021, has important finding that a large number of students have shifted from private schools to government schools. According to an editorial in Deccan Herald (23/11/21) the shift was from 64.3% to 65.8% between 2018 and 2020 and to 70.3% by 2021 across gender and age. This reversed the trend seen in the previous years when private school enrolment kept rising. The inference is that many parents found it difficult to send children to private schools which charge high fees. Some private schools even closed down.

The choice for private schools seems to be to bend or break. Are they ready to come down from their high perch and face the situation realistically?

Complaints about private schools allegedly harassing children and parents by denying Transfer Certificates has prompted (Karnataka) government to issue strict directions. The department of public instruction has directed the concerned Block Education Officer to take necessary measures to get the TC within a week of application.

The loss of jobs and other financial crisis due to Covid 19 pandemic has forced several parents to shift their wards from private schools to government and aided (private) schools which are affordable. But, when the parents applied for TC private school managements are demanding parents to clear the fee dues to get it.

The subject is open to many views. What are yours? Your response is welcome on the format given below (Pl scroll down a bit). Over to you.

While this fortnightly column is mainly tailored for students, teachers, school administrators and education officials, it does not foreclose non-academic readers of Daiji. It is an all-embracing column open to all readers to respond..

The topic essays featured in this column are suitable for setting class home-work, essay competitions, debates, etc. Please contact for reproduction rights at one-time modest copyright fees. This arrangement is on trust and will give access to hundreds of topic essays as would be conveyed on inquiry. John B Monteiro, Johnlyn Cottage, Bondel, Mangaluru 575008; M:98862 76608 Ph. 0824-2484051. Email: monteirojohn@hotmail.com.