“You taught me language; and my profit on’t

Is, I know how to curse. The red plague rid you

For learning me your language! “

India is the global epicenter of language problems - many of them man-made, ‘motivated malignities as Shakespeare would call them, - and impose them on innocent, helpless citizens, specially young students, as in the following case – reported in The Times of India (January 4, 2022).

BENGALURU: Not a single student in the state has opted for the Kannada medium engineering course, which was introduced for the first time this year. The last date to report to colleges was December 31. Overall, 23,001 seats are vacant in engineering colleges in the state. 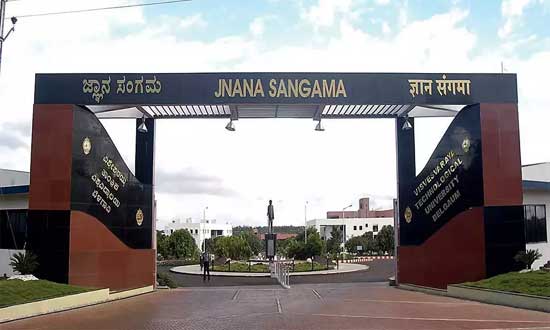 Engineering in the regional language was introduced as part of the National Education Policy (NEP) from the academic year 2021-22. Three colleges in the state had offered seats from the first year; 72 seats were up for grabs.

While there were students who had entered them as options in the initial rounds of counselling, not one of them reported to colleges.

Visvesaraya Technological University (VTU), the umbrella university for all engineering colleges, expressed surprise. “The colleges offering it were in rural areas. We were hoping there would be some takers. Maybe parents do not have confidence in the programme. We will strengthen it and introduce it in more colleges next year,” said Karisidappa, vice-chancellor, VTU.

Before going further, discerning readers will observe that the new policy is sought to be thrust down the throat of mainly uneducated and poor rural population.

A related news item from Special Correspondent from Ahmedabad and published in The Hindu dated January 6, 2022 is relevant here, The report is titled “English is the language of court, says Gujarat High Court –Contemnor told to speak in English”.

On January 3, 2022 Vyas appeared as a party in person and addressed the court in Gujarati. However, the Chief Justice remarked that English would be the language of the court and Vyas should speak in that language. Vyas continued to speak in Gujarati and insisted on it. This prompted the Bench to remark that it was not acceptable and refused to accept his submissions.

In the High Court there is a rule that that even if any party does not hire a lawyer and appears in person, he has to speak and argue in English only. The Bench also underlined that Article 348 of the Constitution mandates that the language of the High Court would be English.

Coming back to Kannada as language for engineering studies, it is a case of bashawadis hiding under the skirt of NEP to promote their self-serving agenda at the cost of poor, innocent villagers. It is apt to conclude with David Crystal (b.1941), British linguist, academic and author: “A feature of English that makes it different compared to all other languages is its global spread. “

The subject is open to many views. What are yours? Your response is welcome in the format given below. (Pl scroll down a bit)