Is NEP Launch Biting More Than It Can Chew?

There is an old English saying “at sixes and sevens” meaning confused, badly organized or difficult situation. That is the situation of New Education Policy (NEP) launched in the midst of Corona pandemic which has taken new dimensions with the intrusion of new variants. I will present some excerpted news bytes with marginal comments for readers to respond with their own comments

It is hunky dory for the governments, Central and State, as reflected in the following news report.

Kasargod, Dec 21: President Ram Nath Kovind said: NEP is a well-planned roadmap to develop an eco-system that will nurture the talent of our young generation. It aims to prepare them for the world of tomorrow, while also equipping them with the best of our own traditions," said Kovind while speaking at the 5th convocation of the Central University of Kerala at Kasargod.

It is an apparent case of the President’s speech-writer/s sitting on ivory towers insulated from realities on ground level. All seems unexceptionable except that the President skipped to note the chaos against which NEP is being hurriedly launched as reflected in the following news reports.

According to a report by M K Ashoka released by IANS news agency on December 19, Karnataka has become the first state in the country to implement NEP at the higher level amid the challenges of the Covid pandemic as well as infrastructural lacunae. Now the government has announced that NEP will be adopted at the pre-school level also by the next academic year. 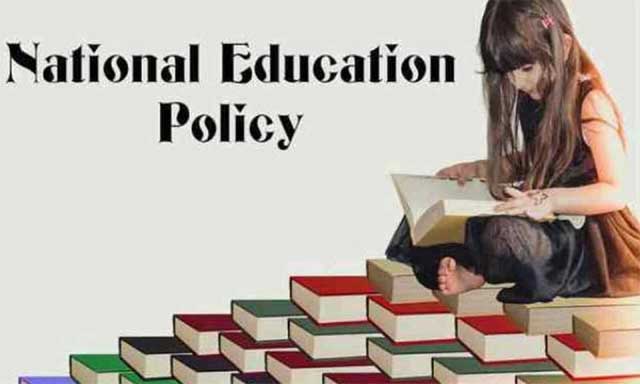 When universities, professional courses and the higher education sector are already in the process of transformation, amid the challenges of Covid, educationists have raised concerns over the implementation of NEP in the state. The higher education ministry maintains that despite challenges, the policy has to be implemented in the interest of the student community. It says when everything is changing fast, the age-old education system will severely hamper the capabilities of students.

Speaking to IANS, Higher Education Minister C. Ashwath Narayan said that when everything around you is changing rapidly, you can't simply rely on an age-old education method. NEP has been formulated keeping all these things in mind. NEP is already being implemented in graduation, diploma, engineering, ITI and all other courses. Yes, infrastructure is needed. Earlier also infrastructure was lacking. We have to be forward looking and everything will catch up," he said.

Educationist Niranjan Aradhya, however, differed with the government's view and stated that NEP is an impractical policy. It is being brought to dismantle the present education system and benefit private players. "Show me one paragraph in the NEP draft which addresses inequalities?" he said.

"Let there be a concept of neighbourhood schools. In the United States, a child will only go to neighbouring schools- he can't go anywhere else. There is a lot of ambiguity in the new policy on education and it is chaotic. It will not strengthen education, but it will dismantle the present education system and it will facilitate complete opening of the entire education structure to the open market," he maintained.

Kiran Prasad, Core Committee Member of the Associated Management of Schools in Karnataka, opined that, "Karnataka is in the forefront in the implementation of NEP. … The only problem is in terms of timing. The children have just returned to school after 17 months. So, right now, the attention of the education system is more on getting children back into schools and streamlining the education system."

"The academic year is going to end in March. So, right now, it is more about ensuring that the children are able to cope with the academic calendar. So maybe the timing might be of concern. I only fear that it is a bad time to implement NEP. The pressure right now is to ensure that we complete the academic calendar keeping all the changes in mind," he explained.

B.C. Nagesh, Minister for Primary and Secondary Education, stated that the NEP will be introduced in pre-primary and primary schools from the next academic year. NEP has really tried to address the needs of the 21st century. The first year of NEP was challenging as schools operated digitally owing to the pandemic. With an emphasis on digital first ideology, NEP will ensure continuous and uninterrupted learning.

Discerning readers will note an undercurrent of hesitancy and doubt. Added to it is pushing for Kannada study at graduate level which is being opposed by Non-Kannadiga students The readers would be well aware of impediments against introducing NEP when the education scene is in turmoil.

The High Court of Karnataka on December 16 observed that until further orders, students who do not wish to take Kannada language in their degree courses should not be compelled to pursue it based on the circulars issued by the state government.

The subject is open to many views. What are yours? Your response is invited in the format given below. (Pl. stroll down a bit.) Merry Christmas!

Title: Is NEP Launch Biting More Than It Can Chew?