How Can Exam Marks Vitiation Be Ended?

“There's an examination for young people to go to university. I failed it three times. I failed a lot. So I applied to 30 different jobs and got rejected… I even went to KFC (Kentucky Fried Chicken) when it came to my city. Twenty-four people went for the job. Twenty-three were accepted.” - Jack Ma (b1964), Chinese superstar entrepreneur, investor and philanthropist with net worth of US $ 36, 500 million (2022).

Apparently Jack Ma was not one among the 23 accepted for the KFC job. Also apparently those who evaluated the KFC job aspirants were humans and not computers as is the case often in today’s examination and evaluation systems – as in the following report. First the facts as reported.

Bangalore University, which is not new to controversies, landed in fresh trouble owing to a blunder in the evaluation of B.Com answer scripts – according to Deccan Herald. Reflecting poorly on the quality of evaluation of students’ answer scripts, the university went overboard and awarded more marks than what was set by the examiners. 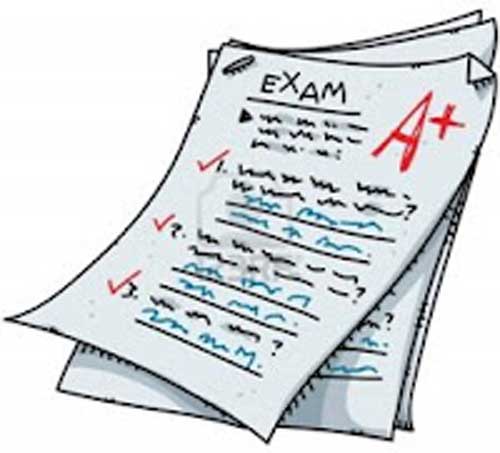 Several third semester B.Com students were shocked to see their results which were out recently. Sources revealed that the examination for ‘Tourism Agency’ — one of the subjects — was conducted only for a total of 70 marks. “But students ended up scoring more than 70. How on earth is that possible? It speaks a lot for the quality of evaluation,” said a source in the university.

According to officials, around 500 students had opted for Tourism Agency subject. “The examination was conducted in August 2021 for 70 marks and results were announced a few days ago,” an official said. However, the university official shifted the blame on to students and said they should have read the instructions on the question paper. Officials argued that the exam was conducted for both the one-time scheme candidates who studied between 2004 and 2013 and freshers. “Freshers were supposed to write for 70 marks and old candidates were to attempt 100 marks,” an official clarified.

Prof J T Devaraju, Registrar, Evaluation, said, “The results will be withdrawn. As it was digital evaluation and tabulation, the person concerned did not notice this. Once the marks are re-tabulated, fresh results will be announced.”

Meanwhile, the higher education department launched two digital platforms - one to authenticate the digital academic records and another to help paperless evaluation and examination process at the state-run universities.

The UUCMS software has been prepared by considering the provisions of National Education Policy (NEP-2020) like 'Multi Entry Multi Exit' option and awarding relevant certificates for those who discontinue courses for various reasons. The initiative enables the incorporation of all examination-related data of students into the National Academic Depository (NAD), including the credits secured in each semester. Marks cards of each semester will be transferred to the ‘NAD Digilocker’. As data is updated regularly, students can upload related documents easily.

Alert, discerning readers would have noticed the “savings” of Rs 60 crores noted above. Where do these savings go? It may interest readers that the system developed by Infosys for Income Tax Department, which misfired and made national headlines, had a contract value of Rs4242 crores.

The subject is open to many views. What are yours? Your response is welcome in the format given below. (Please scroll down a bit).

Title: How Can Exam Marks Vitiation Be Ended?