Should Schools Be Communal Sartorial Battlegrounds?

“The uniform makes for brotherhood, since when universally adopted it covers up all differences of class and country.” - Robert Baden-Powell (1857- 1941), British Army Officer, writer and founder and first Chief Scout of world-wide Scout Movement.

Modern schools have what is called house-uniform for both girl and boy students. But, many common run of schools have no dress regulations and nobody bothered about it for decades. But, now dresses worn by students have become matter of controversy and communal flare-ups. Given below are some excerpts from recent media coverage on the subject.

Chikkamagaluru, Jan 11 (IANS): The saffron shawl versus hijab row ended at the Balagadi First Grade College in Koppa taluk of Chikkamagaluru district in Karnataka as students and parents called a truce and agreed not to wear either a hijab or a saffron shawl along with the uniform to the college from January 11.

However, the girls will be allowed to wear veils on the face. The decision was made at the parents meeting held in the college. 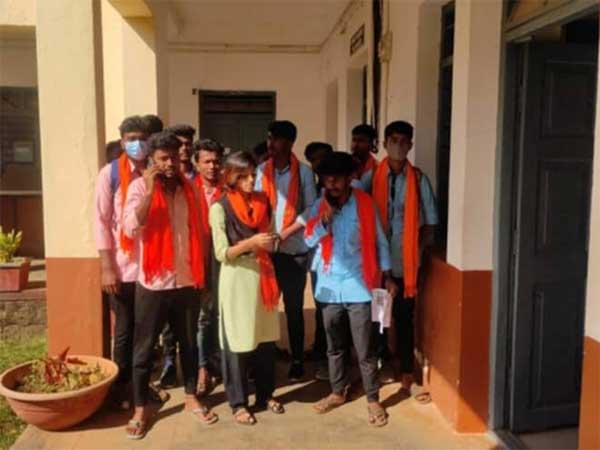 Principal S Ananth addressing the meeting stated that a similar controversy erupted in 2018. Then, a decision was taken to only cover the face with a veil. This time also consent has been taken from all.

The students last week staged a protest by boycotting classes for allowing some of the students to wear a hijab. The students said that uniform norms were violated by some students who wear a hijab along with the uniform. If they are allowed to wear hijabs, then they must also be allowed to come with saffron scarves and shawls, the agitating students demanded.

In the middle of all these developments and controversies, Mangalore University Vice-Chancellor is reported to have said on January 7, 2022 that a committee will be asked to make suggestions on how the issue could be addressed at the respective college levels. He said academic activities – and not political or religious interference - should take center-stage on campuses.

There can be much more that can be said on the subject. But, I would rather conclude with John Dewey (1859-1952), American philosopher and educational reformer: “Man is not logical and his intellectual history is a record of mental reserves and compromises. He hangs on to what he can in his old beliefs even when he is compelled to surrender their logical basis.”

The subject is open to many views. What are yours? Your response is welcome in the format given below. (Please scroll down a bit.)