Are We Too Over-trusting for Our Own Good?

“Trust is the glue of life. It's the most essential ingredient in effective communication. It's the foundational principle that holds all relationships.”

- Stephen Richard Covey (1932-2012), American educator/author. His most popular book is “The 7 Habits of Highly Effective People”.

But, we seem to be too over-trusting for our own good/ruin as reflected in the recent media reports –only one of which is noted below.

The victims accused the employees of a private company named Help Desk Service For You for defrauding them on the pretext of offering MBBS seats at different medical colleges across Bengaluru.

Bengaluru: A total of 20 students were allegedly duped of Rs 2 crore after fraudsters lured them on the pretext of getting them MBBS seats at the city-based medical colleges, police said. After being conned, the victims' parents lodged complaint at Cubbon Park police station accusing Amrit, Rajani and Sarika, among others, from the MG Road office of a private company named Help Desk Service For You, reported The Times of India (12/4/22).

As per the victim's complaint, they had received text messages from the accused last November, promising MBBS seats. "Trusting them to be genuine persons in the trade, we met them and paid money in instalments," the victims' complaint stated. 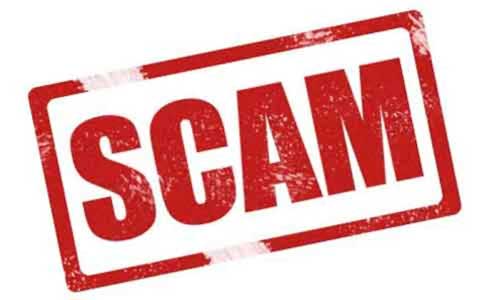 Police said that the accused had been staying at a PG accommodation in Basavanagudi for last one year. However, they have vacated the PG facility after their scam was exposed. They have turned off their mobile phones. "The accused purchased SIM cards that they used to communicate with the victims just six months ago. This indicates they collected the money with the intention of cheating the victims," a police official was quoted by the English daily.

In another incident reported earlier this year, two conmen allegedly duped a housewife from Subramanyanagar and her friends of Rs 88 lakh on the pretext of arranging loan or investments of Rs 50 crore for her friend's business, police said. According to police, the 36-year-old woman, while looking for agents who facilitate loans, came across the contact numbers of the suspects, who promised to arrange a loan or investments of Rs 50 crore for the business of her friends, residents of Hubballi. The suspects were identified as Rahul Tiwari and Prashant Kumar, both residents of Bengaluru.

Regular newspaper scanners are familiar about such reports with different versions reinforcing/ confirming the old saying that there is a sucker born every minute (a phrase associated with PT Barnum, an American showman of mid-19th century).

The subject is open to many views. What are yours? Your response is welcome in the format given below (Pl scroll down a bit). Thanks for your anticipated response.

Title: Are We Too Over-trusting for Our Own Good?