“I know that one day all transgender individuals will have the freedom to be who they are, no matter what. And we won't have to face the cruel judgments of society. We can just live our lives and be treated and respected like everyone else.” - Jazz Jennings (b.2000), US TV personality and LGTB rights activist.

Transgender has been a taboo subject. Not any more as reflected in tell-it- all story titled “My name is Deepa Budde, I am not a boy nor a girl, so what!” based on an interview by MK Ashoka and released through IANS news agency on 20/2/22 and excerpted below.

"It’s all about identity. I could have easily got enrolled as a boy to pursue my higher education and research. But, I wanted to be enrolled as a transgender. It has not been an easy journey. I had to make a column box in the section where gender has to be mentioned in the application form for a post-graduation course, beside male and female, by myself. Now, there is an option." 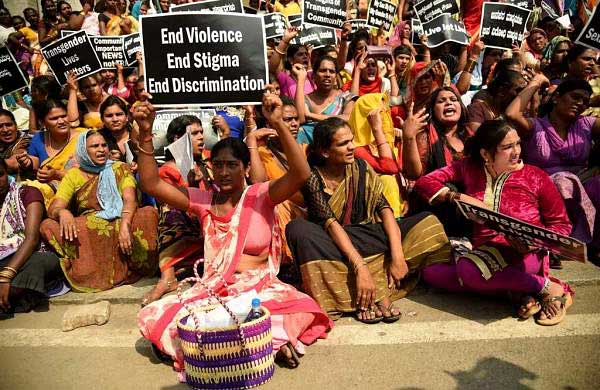 Meet Deepa Buddhe, the first transgender to complete a post-graduation course in Karnataka after getting enrolled as a transgender. She shared her journey with IANS, first as a boy, later on as a girl and finally as a transgender. "Many joined the community after completion of studies. I wanted to complete studies as a transgender, because that is my identity. Today, my family as well as society treats me with respect," she says.

Deepa was born as Guruswamy H G. Explaining the transformation and dilemma Deepa says, "By the time I reached the 7th and 8th standard, I knew that I was a woman. However, I didn't share my thoughts with anyone. It was not possible to share as I thought it would become a problem. So, I continued my education till graduation. I enrolled as a male in PUC and completed the graduation. By the time I came to PUC I had started to be with my community. During my graduation days, I was more with the community members."

In 2015, Deepa got her degree and came to know that she was a transgender. Though, she tried to pursue her studies as a transgender, the colleges refused to admit her. She then started working in a project at Samatha Society.

However, Deepa did not give up hope. She continued reading and studied books on Dr B R Ambedkar and Buddha. In 2018, she inquired for admission for a PG course in Dr B R Ambedkar Research and Extension Center. She wanted to enroll as a transgender. "I did not want to enroll as a male. The authorities said they would give me an opportunity. Dr N Narendrakumar, the Director and Prof J Somashekar helped me to fulfill my dream," she says.

Deepa completed her MA in 2020. She became eligible for a PhD. In April, she enrolled under guide Prof J Somashekar for research. Right now Deepa is pursuing research on the topic of, "The analytical study of sexual minorities in the districts of Mysuru and Chamarajanagar."

Deepa is happy that congratulatory messages are pouring in as she is the first person to pursue a post-graduation course and research after enrolling as a transgender. "Many of my community members have completed it, but they had enrolled either as a man or a woman."

According to Deepa many transgender persons don't go for regular classes and prefer correspondence courses. Deepa didn't choose the correspondence course route as she wanted to experience the physical classes. Very few of her classmates spoke to her but she says the lecturers treated her at par with other students.

Talking about the present Deepa says, "now, the community speaks to me with respect, I am seen as a social worker who fights for the rights of the transgender community. The community members should get their constitutional rights, they have to live with dignity and they have to get higher posts."

Chandini, a poetess and founder of the community owned management organisation Payana, stated that she is like her daughter. "She is our model who showed for the first time that our community members can study and complete studies by enrolling as a transgender.”

Prof J Somashekar, her guide in Dr B.R. Ambedkar Research and Extension Center, explained that with her knowledge, commitment and activism Deepa Buddhe is going to be an immense asset for the society. "We respect the liberty of individuals. We don't judge on the basis of gender, caste and creed. When a transgender approached us for higher education, as a teacher and as a student what is needed for the dissemination of knowledge, we followed that obligation. It is a right that she has," he said.

The subject is open to many views. What are yours? Your response is welcome in the format given below. (Pl. stroll down).

Etawah (Uttar Pradesh), Feb 25 (IANS): A bride refused to marry the groom on the wedding day after she saw him wearing a wig. The incident took place in Etawah district on 23rd night. The groom, Ajay Kumar, had to return home without getting married.

According to reports, when the garland exchange ceremony was underway, the bride noticed that Ajay was bald. Someone told the bride that the groom was actually bald and was wearing a wig. The bride fainted and fell on the stage. Later, when she regained consciousness, she refused to marry the groom.