Mangalurean advances in the world’s largest speech contest in USA

From there, six contestants will advance to the World Championship of Public Speaking, which take place at the convention August 24.

Noronha, a member of Southwest Area Toastmasters, surpassed fierce competition to win over the judges with his speech, ‘Just 10 Minutes’. The speech was a powerful and emotional real-life story narrated with humor and ended with a compelling call to action. 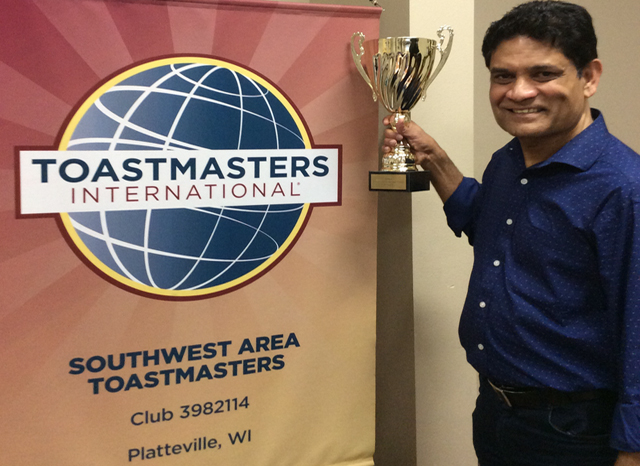 Noronha competed with other toastmasters from 16,600 clubs in 143 countries to reach the semifinal level. Their five- to seven- minute speeches were judged on content, organization, gestures and style.

“Toastmasters speech contests are another way to build your confidence, sharpen your skills and speak to many different audiences,” says Noronha. “I look forward to competing against the other semifinalists and hopefully advancing to the finals in Denver!” Noronha is a volunteer musician and a community volunteer. He joined Toastmasters to become a better speaker and leader at work and in the community.

The Toastmasters International Speech Contest began in 1938 and is the world’s largest speech contest.