Puttur: Assailants of Praveen hiding in Kerala – Challenge for police

Puttur, Aug 1: Though a week is almost elapsed after BJP Yuva Morcha leader Praveen Nettaru was hacked to death, the police department has not made any appreciable progress in the work of identifying the accused.

The picture that is given by the police department is that the assailants are in Kannur vicinity of Kerala which is posing problems for them to make inroads in apprehending them. 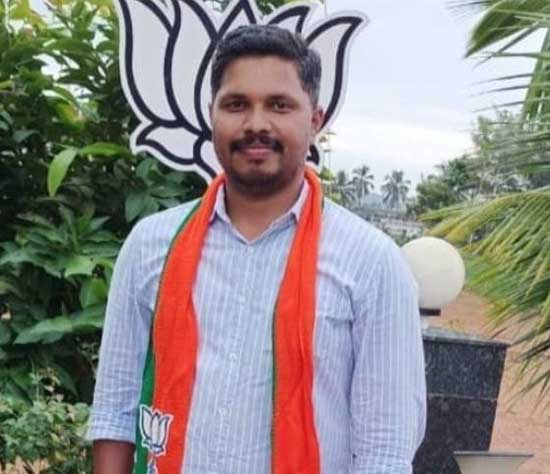 Police are suspecting that the controversy of Halal and Jatka led to the killing of Praveen. But locals are not in favour of this argument. The reason for this is apart from Praveen, there were some other Hindus who are running chicken stalls in Bellare. In fact the other shops had more business than that of Praveen. So the locals believe that Praveen might not have been killed because of Chicken Halal or Jatka issue.

In another theory that is making rounds, the killers actually planned to murder a particular chicken stall owner and Praveen was the second option if that person was not available. It is said that as the owner of the chicken stall, whom the assailants wanted to kill, was not there on the fateful day, they opted for Praveen. According to information available through reliable sources, among the assailants, one belongs to Kerala chicken center.

Meanwhile, police are inquiring whether the plot for murder was hatched in the rented house of accused Shafique. Family of Shafique was living in the lodge of Melina Pete commercial complex at Bellare since a year on rental basis. There is a suspicion that the assailants had arrived to the same house to hatch the plot. So the police investigation is being done in that angle.