Mangaluru, Jul 27 (IANS): The probe into the case of the murder of a BJP Yuva Morcha leader in Karnataka revealed that he was targetted for condemning the murder of Kanhaiya Lal, sources said on Wednesday.

Praveen Kumar Nettaru, 31, a member of BJP Yuva Morcha and a resident of Sulia in Karnataka's Dakshina Kannada district was hacked to death on Tuesday night. Two unknown bike-borne miscreants had attacked him with swords and fled the scene. 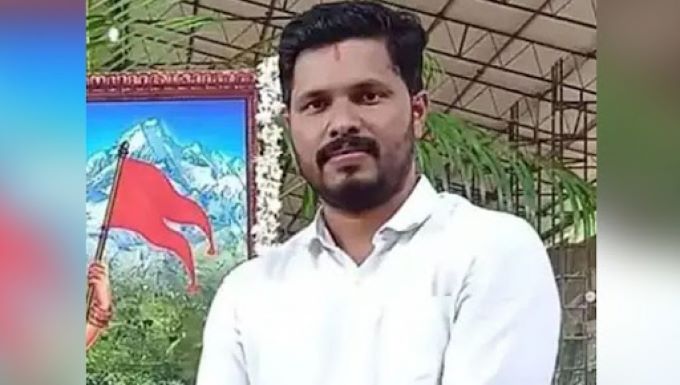 Though he was immediately rushed to a hospital, he succumbed to the deep injury he sustained on neck.

Hindu activists had earlier claimed that Nettaru was targeted as a revenge to the incident of murder of a youth belonging to minority community four days ago.

Meanwhile, sources in the know of things related to the investigation said Nettaru did not have enemies, and he was leading a peaceful and harmonious life, adding he had been targeted for communal reasons.

Following the volatile situation in the state's coastal region, and amid the fear of protests spreading to other parts of the state, Karnataka Chief Minister Basavaraj Bommai conveyed an emergency meeting with Home Minister Araga Jnanendra and top police officers.

Jnanendra said the police have nabbed 10 suspects, and a police team has already left for Kerala.

"There is a pattern. Miscreants carry out murders here and escape to Kerala. This time Karnataka and Kerala will jointly take up operations," he added.

He further said the culprits would be arrested very soon and the state government would let the National Investigation Agency look into the case.

Meanwhile, the police had to resort to cane-charge to control the protesting Hindu activists to maintain law and order. Authorities have clamped curfew in three taluks of Dakshina Kannada district.

Hindu activists enraged by the killing laid siege to the vehicle of Karnataka BJP president Nalin Kumar Kateel, and did not allow him to step down when he came to pay respect to Praveen's body.

The BJP Yuva Morcha workers in Chikkamagaluru have offered en masse resignation condemning the series of murders of Hindu activists. The trend is continuing elsewhere in the state also with distrct social media convenors of Tumakuru, Bengaluru central media head from Mudigere among others have resigned from their posts.