Praveen case to NIA, tough measures in DK, Udupi after 3 murders in 10 days

Bengaluru, Jul 29: In a strong response to the spate of murders in the coastal districts with three killings in the last 10 days, Chief Minister Basavaraj Bommai has announced that the case of slain BJP leader Praveen Nettaru in Bellare of Dakshina Kannada’s Sullia taluk has been handed over to National Investigation Agency (NIA).

Promising special police measures in Dakshina Kannada and Udupi districts to contain the situation, the Chief Minister said Praveen’s murder was a well-planned and an inter-state issue.

“I have discussed with the State Director General and Inspector General of Police (DGIG) and directed to collect all details. The investigation is being carried out seriously. After obtaining all details, we will write to the Union Home Ministry," he said. 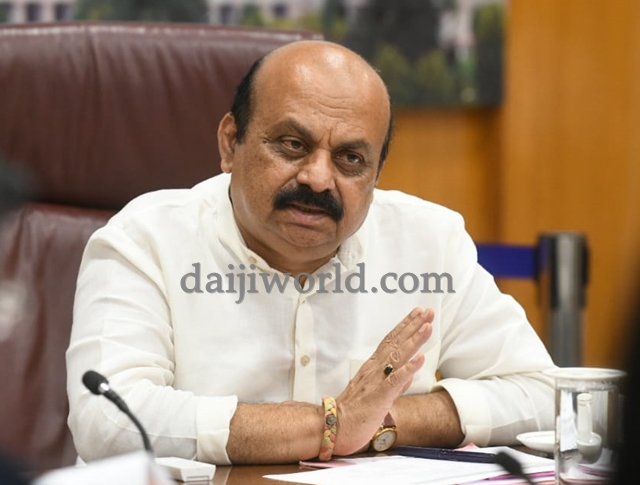 The chief minister declared that CCTV cameras will be installed in all prominent places of the check-posts along the neighbouring Kerala border. Temporary police camps will be set up in all sensitive places. All the vacant posts in police force will be filled up and night patrolling will be intensified. Another KSRP battalion will be deployed to Dakshina Kannada district, he said.

The murder that took place at Surathkal near Mangalore last night will also be taken seriously and police have been directed to ensure that the culprits are nabbed swiftly. In addition, peace committee meetings will be held involving prominent religious leaders the district level, Bommai said.

The Chief Minister, who returned after visiting the bereaved family of the BJP leader Praveen Nettaru at Bellare in Dakshina Kannada district’s Sullia taluk on Thursday night, told media persons in Bengaluru on Friday that the State Government would take stringent measures in the coastal region.

Bommai said a high level meeting of senior officials would be held to discuss the alarming growth of violence in the coastal districts and mentioned that issues like strict vigil at 55 roads connecting the Kerala border and other aspects would be discussed.

“We will discuss taking some tough decisions," the Chief Minister said.

‘Every person’s life is important’

“During the visit to Praveen's home, I received information about the killing of one more youth. The state government has taken all three cases of killing very seriously. Investigation is on. Such acts should not happen,’’ Bommai said.

He said that there was also political instigation for the anti-social forces. There are multiple dimensions to these incidents. “We are taking stringent measures to control all these,’’ Bommai said.

The chief minister said the killers of Masood, the first person to be killed in the region, have been arrested.

“The hunt is on for the culprits in the other two cases. It is not a simple murder. There are nefarious organisations behind the incidents. These outfits would be crushed. People will come to know about the measures in the next few days,’’ Bommai said

The Chief Minister said:”For us, the life of every person is important. We treat everyone equally.’’

Bommai said, "I obtained information about one more murder in Mangaluru after my return to Bengaluru from there. I have instructed ADGP (Law and Order) to camp there are take appropriate measures."

Replying to a question on the action he intends to control such happenings in future, Bommai said: "All measures within the ambit of the laws will be taken. It could be UP model or Karnataka model."

'Siddu’s comments are not ultimate truth'

The Chief Minister attacked Congress opposition leader in the Assembly and former chief minister Siddaramaiah for bringing politics into the murders in the coastal region and said: “Whatever Siddaramaiah says is not the ultimate truth. Let him remember that 32 murders of BJP activists took place during his Congress rule. What was he doing at that time?’’

Bommai said the case against about 200 SDPI and PFI activists for attacking Congress MLA Tanveer Sait was dropped. “These same organisations are active now. Siddaramaiah is merely giving provocative statements,’’ he said.

The Chief Minister said it was ridiculous on the part of former chief minister to claim that BJP is funding SDPI and PFI.

“Such laughable statements displays the political bankruptcy of Congress party,’’ he said asserting that there was no need for anybody to resign. “We will deal firmly with all these anti-social elements and take stringent action,’’ he declared.