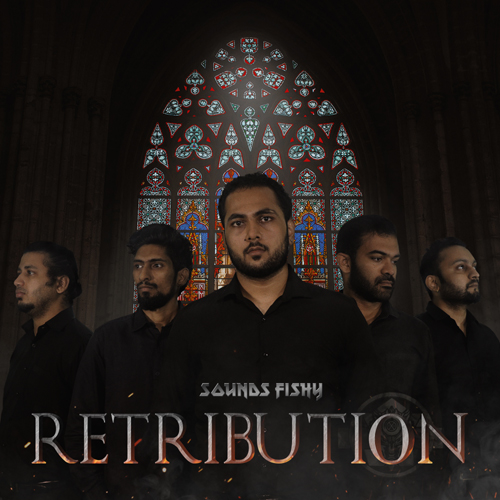 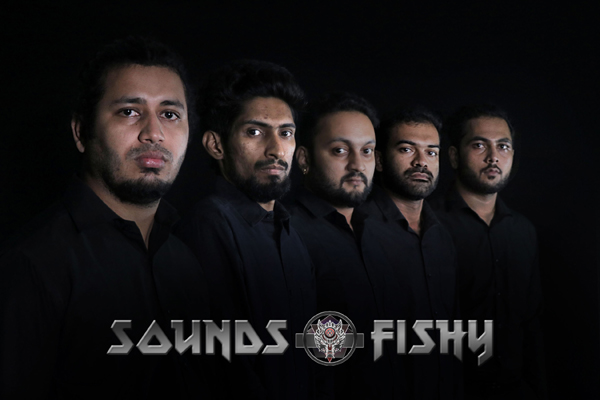 'Hail the Courtesan' in YouTube
The tracks are titled:-
1. Hail the Courtesan
Based on the greed of humans and how it makes us do unimaginable things and finally consumes us.
2. Kill My Pain
Depicts the fight within your conscience, Fight against your nightmares. Fight for your dreams and aspirations.
3. Of God and Men
Based on the pride of humans which gives us a false sense of being immortal or 'godlike'.

About Sounds Fishy:
The band was formed in early 2016, a bunch of six friends who were earlier parts of various local Rock acts joined hands to form 'Sounds Fishy'. The band's main influences have been Dream Theater, Deep Purple, Megadeth, Ronnie James Dio, Seether, Steel Panther, Toto, Scorpions, Pink Floyd. etc. Apart from performing several gigs around the country, the most prized moment for the band was when their debut original composition 'Sympathetic Race' was air played on the United Kingdom’s leading Metal Radio station called ‘Metal . Bands singles previous singles were also aired on popular rock radios in New Zealand, the USA and have listeners from more than 25 countries on Spotify.