Brahmavar, Jan 24: The home minister's assurance of withdrawing cases related to the caning of some Koraga community members by the policemen of Kota police station a Mehndi function in Kotathattu gram panchayat limits remains unfulfilled.

The Koraga community leaders who held a meeting  at Kotathattu colony have decided to wait for 15 days and then revert to a stronger agitation if the cases are not withdrawn by then. 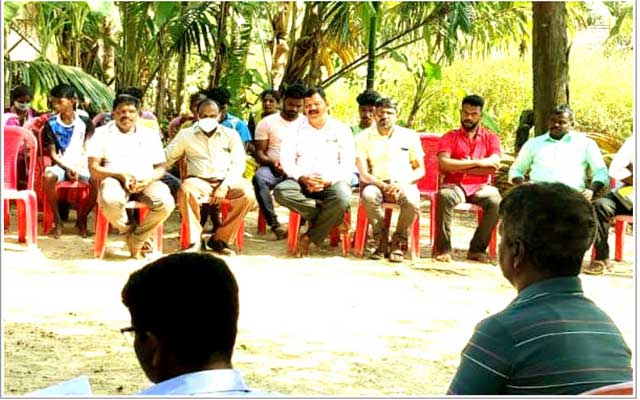 Now, with the  deadline having passed without any action, the Koraga leaders say that the faith they had in the ministers and the government was shattered. They have decided to hold protest demonstrations in front of the deputy commissioner's office till justice is done and also to approach Koragajja and Baikadthi Daiva seeking justice.

Leader V Ganesh Kundapur, noted that during the visit of the deputy commissioner and ministers to the colony, the latter had promised to provide basic infrastructural facilities to the colony but nothing has materialised so far.

He also said that the promise made by the home minister to transfer most of the Kota police station staff also has not been kept. He wondered if this was not considered an atrocity on the Koraga community by the administration, then what else could it be.