Udupi, Dec 29: "In an incident of atrocity on the Koraga community in the Mehendi programme at Kotathattu village of Bhramavar taluk, the police sub-inspector has been suspended and over five police were transferred. Higher officials will hold a detailed probe and action will be taken against those who have committed the offense," said the minister for Social Welfare and Backward Classes Welfare Department Kota Srinivas Poojary.

Attending the marriage of the victim Koraga family in Kumta, the minister said, "I have seen the Koraga community families closely. I have gained their friendship. The attack on innocent Koraga family is a painful thing. Hence, after the marriage programme, though it is night, I met the family to console them." 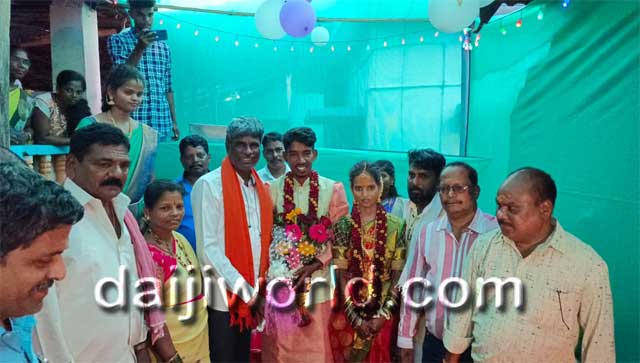 The minister was traditionally welcomed by several Koraga community members with beats of 'Dollu' and 'Chende'. Senior BJP leaders and other officials were along with the minister.