Udupi, Jan 12: Udupi Congress staged a protest rally opposing booking cases against Koraga community relating to police atrocities at Kota and submitted a request to the deputy commissioner requesting to withdraw the cases.

The protest rally that started at Manipal Syndicate circle proceeded till the office of the deputy commissioner. Former minsiter Vinay Kumar Sorake, Gopal Poojary and other leaders took part in it. 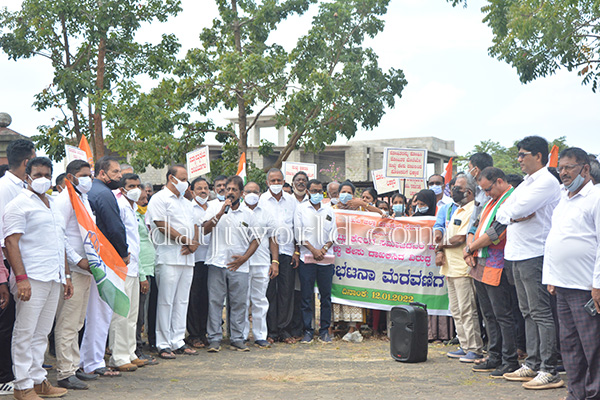 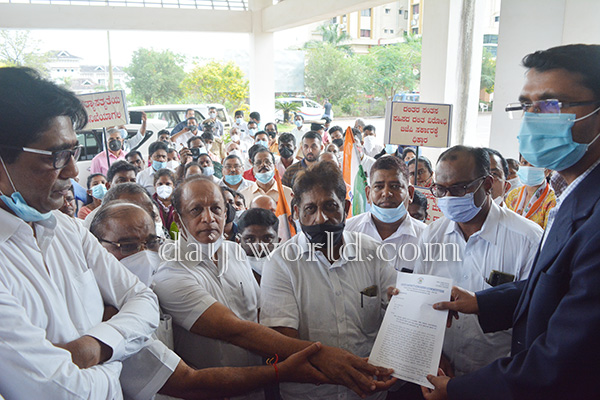 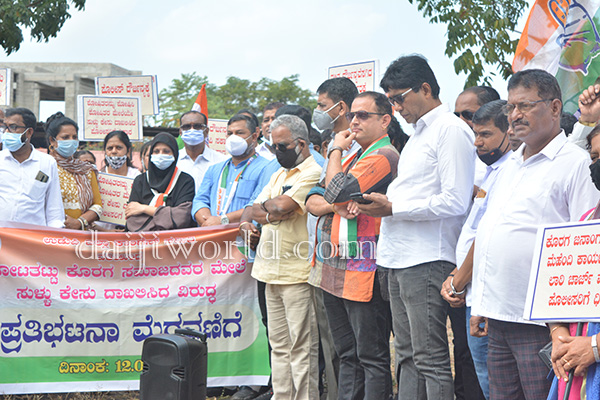 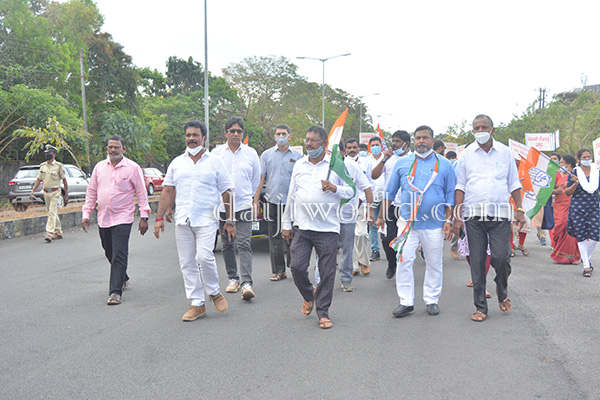 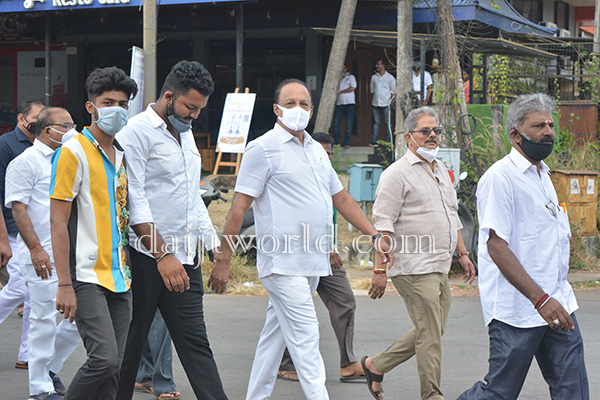 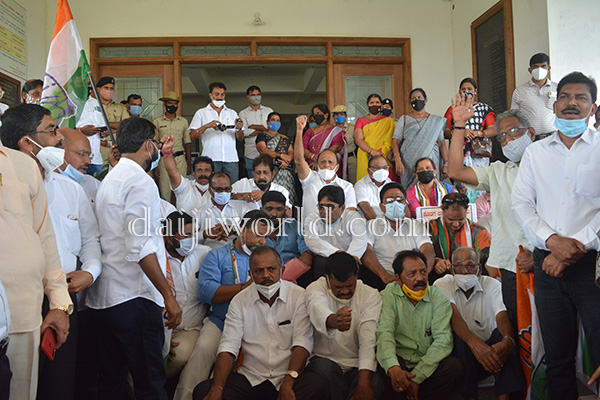 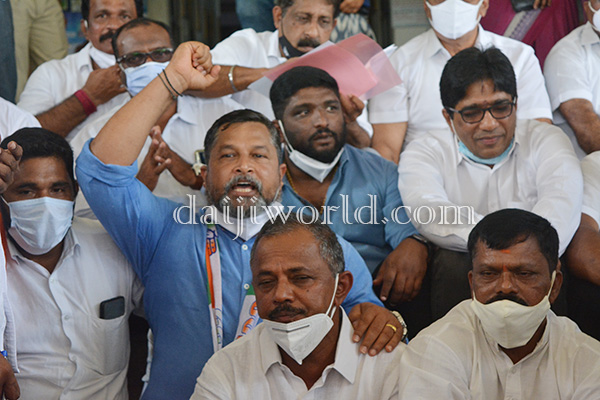 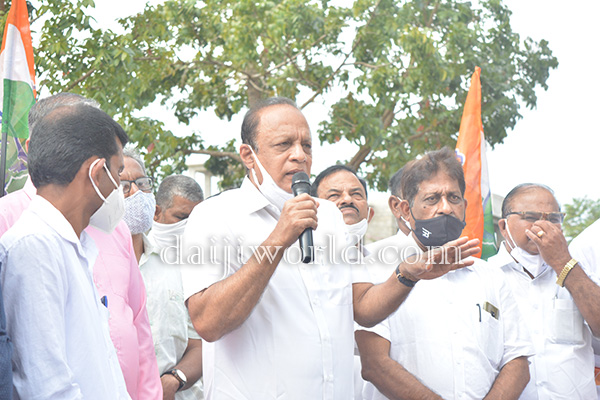 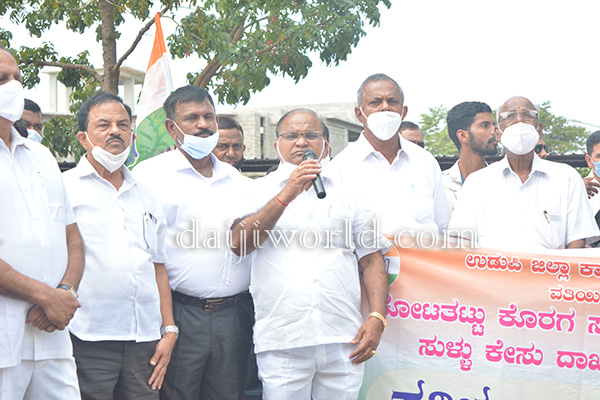 Former minister Vinay Kumar Sorake addressing the protesters said that the Koraga community lives very peacefully. “The incident that occurred at the hometown of the minister of social welfare is shameful for Udupi. Such incidents have occurred for several years. The minister has said that the case will be handed over to the COD. But one cannot trust their investigation. Therefore, it should be investigated by a judge. There were only two SSLC holders when the Koraga community started their organization. But there are degree holders among them now. Their community is united. The police atrocities seemed as though the Covid regulations were meant only for the Koraga community. We have to bow our heads in shame for it. It has raised questions for the existence of the department of social welfare.

“Just because a Muslim community member wore black clothes and took part in the wedding, the incident is being upheld against Kotatattu incident. Though Koraga community campaigners clarified about it, BJP is blaming the minorities for it. The FIR in this connection should be withdrawn and judicial investigation should be conducted,” he urged.

Former MLA Gopala Poojary said that the Koraga community does not indulge in atrocities against anybody. “Even applying mehendi during their weddings is rare. The atrocities were conducted due to support and bad principles by the BJP. I had ensured that the Bovi community obtains authentication. Such declarations were available to the Bovi community during Congress rule. It is unfortunate that the minister of social welfare is asking to send files for investigations when there is a year left for elections,” he said.

A request was submitted to the deputy commissioner on the occasion requesting to withdraw the FIR registered against the Koraga community relating to the Kotatattu incident and to conduct judicial enquiry.