Kundapur, Dec 31: Former chief minister Siddaramaiah expressed anguish over the filing of counter complaint by the police in the lathi-charge that took place at a Mehendi programme in the house of a youth belonging to Koraga community at Kota in the taluk.

Kota station police constable Jayaram had filed a counter complaint accusing the bridegroom and others of beating him with wooden logs. This complaint was filed immediately after superintendent of police N Vishnuvardhan visited the home of the affected people and consoled them. 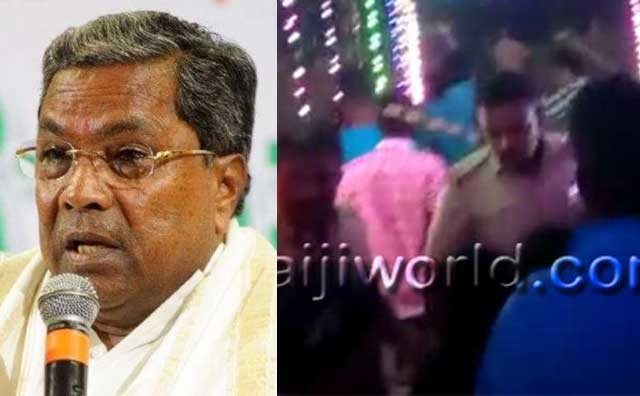 Social welfare minister Srinivas Poojary also visited the house where the police lathi-charge took place and pacified the victims. However, as the eminent personality left the place, the police constable filed a counter complaint saying that the residents of the Koraga colony attacked him.

Leader of opposition Siddaramaiah expressed his rage over the whole episode and tweeted, “The act of police is a shame on the cops as well as the government. The constable should immediately withdraw the complaint he has filed against the hapless Koraga community people. Suitable action should be taken against the erring policemen.

“Did the police register the case without the notice of minister Kota Srinivas Poojary? If so, he is an inefficient minister. BJP says all Hindus are one. Are the Koragas not included in it?” he stated in his tweet.