Udupi, Dec 29: "The police officers who committed atrocities on the Koraga community in the Mehendi programme should not only be suspended but should be dismissed from the service. After holding an intense probe, they should be punished," said Amani Belve, president of Korga Abhirudhi Sanhagala Okkuta, Karnataka-Kerala. 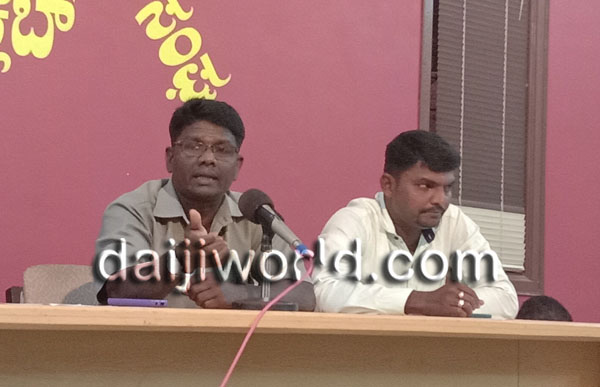 “The police sub-inspector and staff who attacked our community members should be arrested and inquired. Compensation should be provided to the family which was being attacked. If not, the Koragabhuruddi Okkutas will hold a protest in the next seven days,” she said.

Secretary of the Okkuta, K Putra said, “It is the attitude of taking away the rights of Koraga community. This is the third incident. A case should be registered against the accused under SC/ST Act. Kota sub inspector and staff should be arrested immediately and they should be subjected to a detailed probe.”

The accused have done such an act intentionally, by pressure, or under the influence of alcohol, he said.

Community leader Ganesh Barkur was pressurized to not register a case against the police. Compensation should be provided to all the victims, he added.

Sushila Nada, Aranya Mulla Budakattu Samudhaya district convener said, "A criminal case should be registered against Kota sub inspector.The police department should file a suo motu case. If we do not get justice, we will hold intense probe.”

Bogranna district committee president, Sathish Perduru and others were present.