Bengaluru, Nov 8 (IANS): The arrest of Bitcoin scandal kingpin Srikrishna aka Sriki by Bengaluru police in connection with a hotel brawl case has sent jitters among Karnataka politicians, especially the ruling BJP neta's.

According to sources, the developments have caused anxiety among the top leaders of the ruling BJP, some of whom allegedly colluded with the accused. 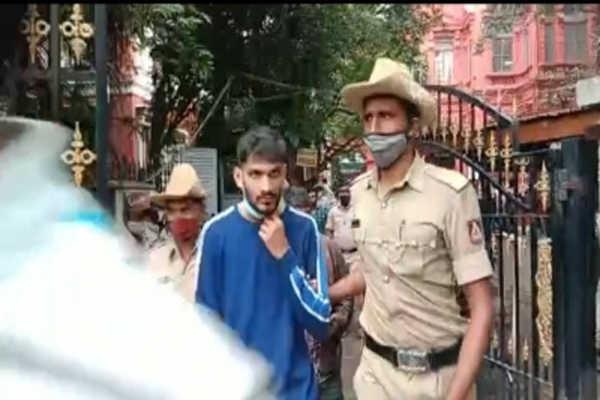 The police suspect that both the accused were drugged at the time of arrest on Saturday. Their blood samples were sent for medical test, which confirmed that both had consumption.

The Opposition Congress has launched a tirade against the BJP in connection with the Bitcoin scandal, demanding a judicial probe into the matter.

Congress leaders have made direct allegations that top leaders of the BJP government in the state colluded with Sriki and minted cash. The reports have reached the Prime Minister's Office (PMO) and the party high command seems to be upset with the turn of events.

The Congress also demanded Chief Minister Basavaraj Bommai to make the papers public regarding handing over of the case to the Enforcement Directorate (ED).

Reacting to the Bitcoin scandal, Panchayat Raj Minister K.S. Eshwarappa on Monday stated that the guilty will be punished and the investigation is on.

"I am not going to answer whether there is involvement of Congress leaders, JD(S) leaders, CM's son or a minister's son. Investigation will reveal everything," he said.

"It is like finding black cat in darkness. One should not talk like this. There is no question of changing the state president. We have been winning elections under his leadership," he said.