Bengaluru, Nov 1 (IANS): The Bitcoin and drugs scandal in Karnataka, which has already put the ruling BJP and opposition Congress at loggerheads, has created further ripples as the involvement of two powerful ruling party leaders is said to have come to light during the course of investigations.

The scandal is now interlinked with the Bitcoin scandal that has taken place at international banks at a time when the investigation by the Bengaluru police and City Crime Branch is not being pursued and the case is being handed over to the CID. 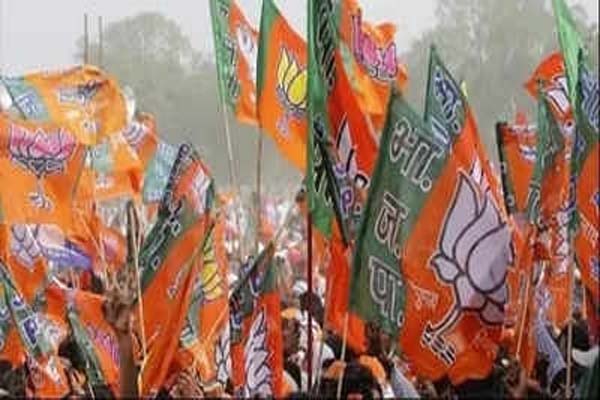 It has been alleged that two powerful politicians belonging to the BJP have received a big amount to protect the accused and this fact has come to light in the probe of central agencies. According to sources, this is expected to create ripples in state politics.

The central agencies have kept vigil on cyber crimes in the state, cyber activities in coastal Karnataka and economic offences which have a direct link to the Bitcoin scandal. The political involvement in the scandal has become a roadblock for the investigators, according to sources.

The scandal presently is being investigated by the special team of the CID and it is preparing to submit a preliminary charge sheet in the case related to use of Bitcoins to purchase drugs from the dark net.

The main accused in the case Srikrishna Ramesh a.k.a Sriki is alleged of supplying bitcoins to VVIP customers.

Sriki was arrested by City Crime Branch sleuths last year in connection with drug peddling, and during investigations, the Bitcoin scandal emerged.

The police had seized 31 Bitcoins worth Rs 9 crore later, and the CCB had submitted a charge sheet in the case in March 2021. The case was handed over to CID for further investigations.

It was also brought out in the probe that the main accused Sriki was into hacking, including of a government portal. CCB sleuths have given inputs regarding hacking to interpol and also recommended the Enforcement Directorate move for seizure of property.

Congress leader and former Home Minister Ramalinga Reddy has demanded a judicial probe into the scandal.

"Two influential leaders are hand in glove in the Bitcoin scandal involving drugs. The scandal involves as many as Rs 10,000 crore transactions. The case is being hushed up by the BJP in Karnataka. Why was there so much delay in arresting accused Sriki. If the truth comes out, many BJP leaders will lose their chairs," he alleged.

State Congress President D.K. Shivakumar has claimed that the Bitcoin scandal involves police, politicians, and industrialists and the BJP wants to close the case. Closing cases is the strength of BJP, he claimed.

Reacting to allegations, Chief Minister Basavaraj Bommai has stated that a detailed investigation is underway on the case and there is no question of protecting any person, however influential he is. The government will hand over the case to ED or CBI, once the investigation is completed, he added.

However, Leader of Opposition Siddaramaiah again attacked the BJP, asking why has the case not been taken seriously all these days?

"Why is Chief Minister Bommai talking about handing over the case to ED or CBI now?" he asked, adding that the scandal should not be hushed up by the BJP government at the Centre.

Chief Minister Bommai reiterated that his government is conducting investigations into drugs, money laundering and Bitcoin scandals with all honesty and there is no question of saving anyone. He also sought to know why the accused was not arrested during the tenure of the Siddaramaiah-led Congress government.

"I have declared a war on drugs. Highest quantity of drugs has been seized in the last two and a half years. The cases have been lodged in such a way that the accused get punished and there is no way for them to escape from the clutches of law," he said.

"The accused in the Bitcoin scandal, Shrikrishna Ramesh a.k.a Sriki has been arrested. A case against him was lodged in 2018. However, though police made five to six arrests, Sriki was not arrested," he said.

"Please note which party was ruling at that time (Congress under Siddaramaiah). He obtained bail. Even after that, he was not be called for interrogation. He was also involved in a brawl case in UB City and arrested in that case. If he were to be questioned properly, everything would have come to light then," Bommai contended. explained.

It is only after the BJP came to power that the accused was arrested, he said, adding Sriki's involvement in money laundering, hacking and drug peddling came to light during the course of investigation, and the ED and the CBI were brought in.