Bengaluru, Nov 3: Karnataka Pradesh Congress Committee Chief D K Shivakumar has demanded that the Basavaraj Bommai government should entrust the probe into the Bitcoin scandal to the Enforcement Directorate as the matter falls under the purview of the State.

Addressing a news conference at the Congress Bhavan on Wednesday, the KPCC Chief said the Bitcoin scam has international ramifications and it should be entrusted to the ED for a comprehensive probe and demanded that the State Government should release the letter entrusting the probe to the ED. 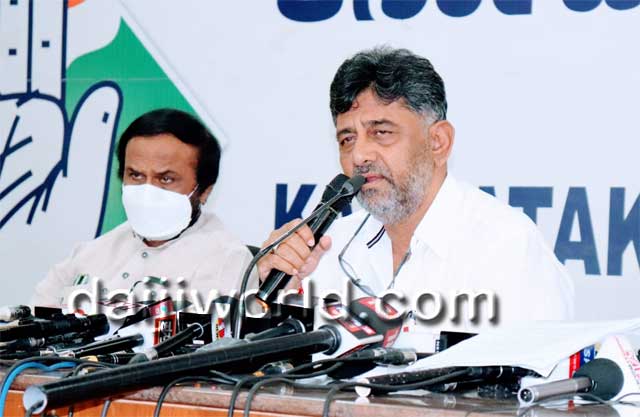 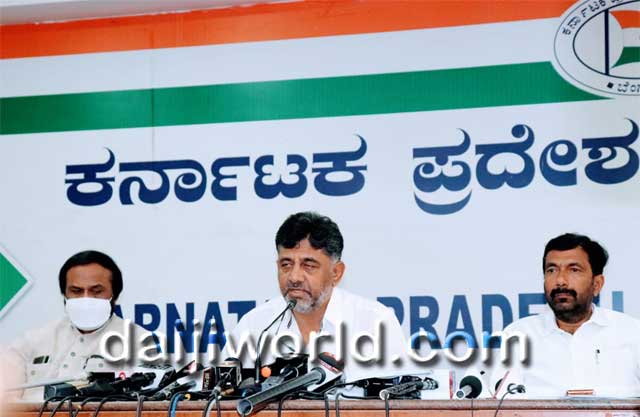 Shivakumar contended that the Bommai government is making confusing and conflicting statements on the Bitcoin scam.

He asked the government to explain what is Bitcoins, its owners and under which section the cases have been registered and entrusted to the ED. When the Chief Minister claims in the media that charge sheet has been filed and ED has been asked to investigate, let the government come out with details, he challenged.

Shivakumar referred to the claims of BJP leaders that the case was registered in 2018 and asked them to clarify who was the then Chief Minister and if he himself was a minister.

“As my name has been dragged into the scandal, let the government investigate all those involved, including me. If I have done something wrong, I must be punished,’’ he said pointed out that when a case was registered against him in the past, a letter from Income Tax Department was obtained and the case was referred to CBI after getting details from the ED. “Let the government disclose details and its letter referring the Bitcoin scam to ED,’’ he said.

The KPCC Chief said the voters of Hangal and Sindgi have given a reply to those contended that the Congress party was a sinking ship. “We accepted the defeat when we lost elections in the past. Will the BJP and its friendly parties accept the defeats in various by-elections all over the country,’’ he asked.

In Sindgi, he said the Congress party was in the third place. Even though the party lost the elections by a margin of 30 thousand votes, we have registered tremendous progress and improved out position. The party did its best to snatch the seat from JD(S), which was not successful and BJP won the seat. But Congress has bagged the Hangal seat despite the combined strength of BJP and the fact the Chief Minister is from the same Haveri district. The Chief Minister and his cabinet ministers, MLAs and MPs campaigned but yet the BJP lost the election.

“The victory in Hangal or the improved position of Congress in Sindgi is not my victory but of the entire party. All our leaders and workers have contributed undeterred by the money and muscle power of the ruling party. "We are getting ready for the assembly polls in 2023,’’ he declared.

Shivakumar said the party’s plan of action against the ruling BJP over its policies, price rise and other problems will be finalised on November 7.