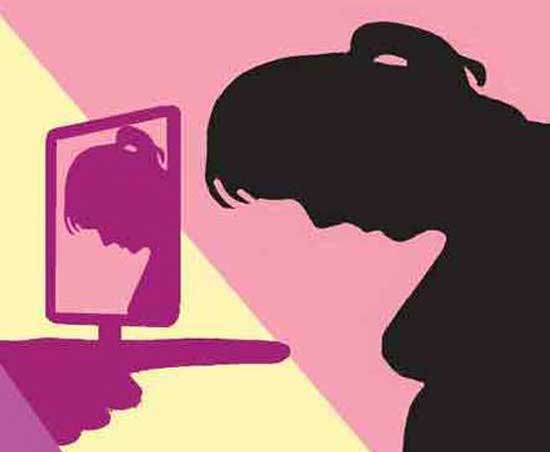 She wakes up,
Wakes up with a tired mind.
She knew she has a load to carry
A heavy load on her heart and mind.

She gazed into the mirror and stood on a scale
The scale which now was her everything
She whispers a prayer before looking down
And frowns when the number seemed to have not come down.
Just like the bitter words of people
Which made her consider running away far from town.

She wipes her tears and walks out looking all fine.
She cooks and cleans and caters to her family’s every need.
At the table, she chooses the corner seat
And stares at a dollop of butter, hesitant to spread
Fearing it might render all her efforts futile and annoy the rest.

After waving goodbye to her beloved.
She steps out smartly dressed
And walks the corridors of her workplace
Knowing that at work she is indeed a star!
Just as the sarcastic stares and ugly smiles dishearten her
She chooses to ignore them like she always did.
She toils hard and makes a name for herself.

And after a hard day at work
She sets out to lift some weights
In the hopes of dropping some of her body weight.

Back at home, it is again the cold welcome
Saying nothing,
She finishes her chores
And disappears knowing she was always the invisible.

She sits all alone
With a glass of bitter juice, which she was dreading from noon
With a silent tear in her eyes.
She begins to wonder, what was lacking in her
That had made the people nag
She wondered why she was excluded.
Why wasn't she called pretty?
Why wasn't the man she loved attracted to her anymore?
Why were the people around her busy questioning her about her looks even before greeting her?
Why was she restricted from wearing sleeveless dresses?
Why had she always chosen the last row for pictures?

She began to wonder
Her role as an obedient daughter
Loving wife
Dutiful daughter-in-law
Successful career woman
Talented artist
Were all side-lined
Just because of this measly fat??

She knew she had tried
Tried everything under the sun
Diets, pills and exercise
Had not just worn her body out but also her mind.

She knew she could not continue hating herself
And stared blankly at the night sky.
And just then a twinkling star reminded her
She was born to shine and not to shy away.

She decided to begin afresh.
She sipped her drink
And wore some bling
She took out the hidden dress from the closet
And slipped it on her body
She let her hair loose
And smeared the brightest lip colour
She stood in those heels
And knew this time it was going to be real.

Looking at the mirror she realized she was more than just good-looking
She was beautiful in her thoughts, words and deeds
She was successful in every field

No longer could anyone hurt her
For she had made her mind up
A beautiful path for her she etched
She knew God was her friend and companion
The one who would accompany her in every battle.

Body Shaming is prevalent and sad that it is widely practiced. Society today Judges an individual, based on how he or she looks rather than what he or she is and what they have achieved. Commonly affected groups are those who are overweight. It is common for most of us to tell, oh you have become so fat. Right from matrimonial ads to House parties, individuals who weigh higher on the scales are constantly pinpointed. No, I am not encouraging someone to be more weight than how much their body can handle, but this write-up is to remind, you that an individual you are constantly giving advice to is more than their body. They have a career, they have their talents, and they have their individuality. Encourage them to lose weight, but the next time you see them for the first time, don't tell oh you have become so fat, tell them they look nice, tell them they are rocking in their careers, and tell them how Good and passionately they are following their interests and then give them advice. Clap for them when they are reducing weight, encourage them if they are failing in their attempts, and do not bother them when they are happy with the way they look. 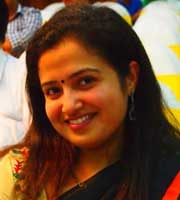 By Sonal Lobo
To submit your article / poem / short story to Daijiworld, please email it to news@daijiworld.com mentioning 'Article/poem submission for daijiworld' in the subject line. Please note the following: