Recently when I was browsing through, I came across a wonderful article discussing about the study that was conducted by The Organization for Economic Cooperation and Development (OECD) in 2011 which said that the average Indian woman spent nearly six hours a day doing unpaid house work. Economists believed that though it is unpaid, the household work done by homemakers constitutes economic activity and should be included in the national income. By ignoring it, we were underestimating women’s contribution to the economy.

Having completed college my very next thought was to get into a job, unlike others I did not want any break and my only goal was to be employed. Looking back, I realize probably my urgency to get into work was not for the joy of working but to avoid being labelled Unemployed by the society. 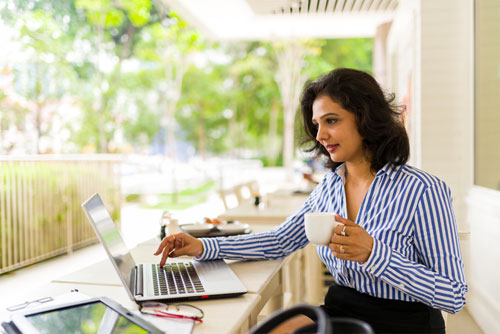 I am sure most of us have gone through this phase and for women it’s a bigger challenge since they have many milestones that they need to fight in order to be employed. Even today some of the families are not willing to accept a working women and simple term it to be a man’s job and for women it is considered to be a hobby which needs to pursued at one’s convenience.

My topic for today is slightly different and I want to focus on those ladies who whole heartedly choose to stay at home and become a home maker despite of having competent degrees and educational qualification. Our society is shifting paradigm and there was a time when working women where considered taboo but today, we have come to the state where when a woman chooses to stay at home, she is considered to be lazy and one without a goal.

My thoughts regarding this entire concept were not very clear and I was constantly baffled by innumerable contradicting arguments. Having been bought up in a family where my mother was a working woman, I realized how wonderfully a woman can manage work and home without giving a reason for complaint. After marriage I was again with two ladies, my mother in law and sister in law who despite being married and in good positions at work managed work and household meticulously. Somewhere in my mind I had made a decision that its better to be a working woman then to stay at home.

But life they say has a different way of throwing things at your feet and attimes you are forced to step on it without any option. The same happened to me, after 6 long years of successful career as a Lecturer and then as a HR there came a point where I had to quit and stay at home for a few months due to a personal issue. I was not sure, I was in a dilemma. The fear of being financially dependent scared me, the boredom and the anxiety of loosing my identity filled my mind. I had no option half-heartedly I decided to quit my job and stay at home.

There were a lot of raised eyebrows, many people suggested that I could juggle work and home and I had taken a coward decision. Some went on to say that I was lazy and I did not want to work and so stayed at home to lead a luxurious life. All that said and done when I stayed at home that is when I realized how much work a housewife does. From cooking, cleaning, laundry, doing dishes to grocery shopping everything is expected from a home maker. She is expected to do everything and ask nothing for in return. This phase of my life answered all the questions in my mind and I begun to understand a home maker also uses her skills like any working professional, the only difference being that working women may extensively use one skill whereas a home maker uses numerous skills. The most important aspect is appreciation and recognition, most of the cases a working woman at least receives recognition in form of monetary return but in all the cases a homemaker’s work is neither recognised nor monetarily rewarded. 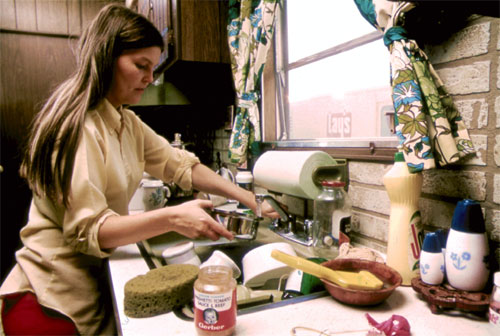 A few years ago, the Women and Child Development minister Krishna Tirath had suggested that the invisible labor performed by homemakers should be quantified and that they should be paid the amount by their husbands. This was the value suggested by him. Cooking Rs 6,000, Housekeeping Rs 3,000, Accounting Rs 4,000, taking care of kids Rs 12,000 etc. Though this bill was never passed but it clearly gives an insight that the work done by women is so valuable and staying at home never makes a woman less competitive or lazy. In fact, a woman who stays at home works from morning and ends her working only at night.

I started realizing how much sacrifice a woman who stays at home makes. Most of the women who stay at home may not like to do so, but the situation and realities of life force them to do so and yet they accept their role so lovingly without cribbing and complaining. In recent studies its been suggested that many women who stay at home suffer from insecurity and depression not because they are not occupied but because they are made to feel low by the people around failing to understand the true value of their work. Most of the Indian houses still follow the stereotypical approach that anything happens in the family then it is women’s responsibility to stay at home and take care whereas a man will continue his career. In such a scenario probably, we must definitely salute all those ladies who do not think twice and give up their career, dreams and passions just for the betterment of their spouses and family.

It is revealed in studies that even though house work may seem routine but it involves a lot of mental and emotional stress and women tend to spend considerable amounts of time not just working but planning and executing like any professional working for an organization. After staying at home, I started realizing no job was easy and every state of living a woman chooses to follow involves lot of hard work.

Having played both the roles I equally look up to those working ladies who work in double shift. Every working lady finishes one shift at her work place and then returns home to continue her second shift at home without a moment of rest. If staying at home and taking care of the house is a tedious job well then working and taking care is also equally challenging and a big salute to all those women who play this dual role with perfection and ease.

On an ending note I realised that staying at home was not a crime. The misconception and prejudice in my mind vanished and I realized that whether I am working or chose to continue to stay at home and take care of the family my value will never be defined by it. My value will be based on the work I do, the happiness I spread and the value I add to the society.

Today after a break of few months I have returned back to my work but with a difference. If tomorrow there arises a need for me to quit my job and stay at home for any reason I would do so boldly and proudly without fearing my value or worth. May be its time to let the women around us take their decisions, if a woman chooses to stay at home and dedicate her time for family and kids then appreciate her and if another woman chooses to work and take care of the family then support her but never judge her actions and tag her where she does not belong.

Let us as a society learn to respect the decisions taken by those around us, irrespective of the gender. Maybe it is time for us to break the prejudice and dive deep and retrospect the reason behind decisions those around us take and appreciate them for the little sacrifices they do without the knowledge of many.

By Sonal Lobo
Sonal Lobo, born and bought up in Bengaluru, is a post graduate in commerce from Christ University, Bengaluru. She has been writing from the age of 10. Her writings have been published in in a number of publications of repute. She has published two books 'Thoughts Sublime' and 'Whistling Words' both collection of poems and also contributed in various anthologies. Currently she is working as an HR counsellor in Bengaluru. You can reach her at sonal_chocolate@yahoo.co.in
To submit your article / poem / short story to Daijiworld, please email it to news@daijiworld.com mentioning 'Article/poem submission for daijiworld' in the subject line. Please note the following: