It’s not Your Fault

It’s not Your Fault 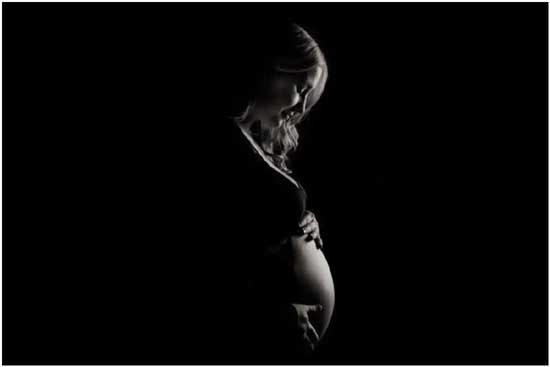 Silently when the night turns dark, she gazes though the sky and begins to search.
Her eyes roll up and down and people begin to wonder why,
After a brief moment of silence, they realize
It’s her little Babe in the sky she looks for.
The one who barely survived in her womb for months,
But will remain in the corner of her heart forever.

She wipes her tears and smiles and sits with her family and looks all fine.
They knew it was hard for her and begin to murmur, Why God Why?
When days drifts into months, her heart begins to settle and so does her mind.
She begins to gather the broken pieces
And take a step to stride ahead.

Once again there is laughter and fun
There is joy but, in her heart, somewhere she struggled with the burden of guilt and pondered Why?
Was she not good enough to carry her babe,
When she saw other mothers carrying around their children proudly?

Months passed into years and once again her heart yearned for a little babe.
And as an answer to her prayer
Her womb was blessed again.
She was excited and happy, so was her spouse and family
As words of caution began to flow from everywhere,
She minded her thoughts and words and decided for this little one she would give her best.

Months began to pass, and her hopes swelled
She knew this time it was all well
She began to dream about the days ahead and could not wait to hold her little one in her arms
Every day she whispered a prayer

Then like a blast of tornado
Her stomach began to swirl
And she cried aloud in pain
And within few hours once again her little one was dead.

Her world came crashing down and so were her senses
She began to wonder what she had done to deserve this.
Was it all her fault?

Two of her little babies had bidden goodbye even before a gentle hello.
She could not even hold them in her arms
Or proudly spell out their names.
She thought it was the end and she longed for no new beginning.

Family stood by her
And her husband gently cared.
But who could heal the bruises in her heart and the hope she had lost?

Slowly people began to point fingers
And some of their words were louder than the thunder.
Day and night, she cried and wondered why?

She looked for comfort in different ways, but alas the pain in her heart was spread.
Near and dear ones said it was just a fetus
But she knew they were more than part of her uterus.

She combed her hair and washed her face
She knelt down and sought God’s grace.
And stepped outside with faith.

Miscarrying was not her choice
But it was part of a devil’s plan.
Blaming herself would do no good
And she decided to face.

She spoke loudly about losing her babe
And told to the world she was still a mom
No matter the months she carried her babies in her womb
She was still privileged to carry and love them.

She decided to live again, with joy and hope.
She knew her God was all powerful and one day her home and her heart would be full.
Her tears she wiped forever
To her despair she bid farewell
With friends and family, she began to mingle
And her smile began to sparkle.

Today she lives with hope and faith
Hope for a beautiful future ahead.
She stands by those who have gone through her pain
And shows them it’s not the end.

Once in a while she stills looks up at the sky
Plants invisible kisses on the cheeks of her little boys
And smiles with tears in her eyes.
Hoping to meet them one day
And hold them tight.

Losing a child can be a traumatic experience. Many women around us lose their little ones in womb and remain remorseful and at times remain dejected. It is estimated that every 1 in 4 women undergo miscarriage, which can be rather daunting experience to mom and the entire family. But it is not over until God says its over. Nothing is impossible to God Almighty, the emptiness will be filled by God in his own time, all we have to do is remain in faith and rely on him. Above all, a mother who loses her child must remember it is not her fault and must learn to live life and move ahead with hope in heart.

This is a small poem dedicated to those women, reminding you that you are loved and God will bless your womb in his own time with a most precious and beautiful child.

By Sonal Lobo
Sonal Lobo, born and bought up in Bengaluru, is a postgraduate in commerce from Christ University, Bengaluru. She has been writing from the age of 10. Her writings have been published in a number of publications of repute. She has published two books 'Thoughts Sublime' and 'Whistling Words' both collection of poems and also contributed in various anthologies. Currently she is working as an HR counsellor in Bengaluru. You can reach her at sonal_chocolate@yahoo.co.in
To submit your article / poem / short story to Daijiworld, please email it to news@daijiworld.com mentioning 'Article/poem submission for daijiworld' in the subject line. Please note the following:

Title: It’s not Your Fault